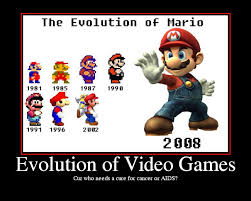 This lecture focus to Presentation on Video Games. A history of video games goes as far back as the 1940s. Video gaming may not reach mainstream popularity until the 1970s and 1980s, when arcade video gaming, game consoles and home computer games were introduced to most people. Since then, video gaming has developed into popular form of entertainment and a component of modern culture in most elements of the world. There are classified some games generation that are coming forward from the beginning of the era. These are: Second Generation 1977, Third Generation(1985), Final Generation(1989), Fifth Generation(1993), Sixth Generation (1998), Present Generation (2004-to date).