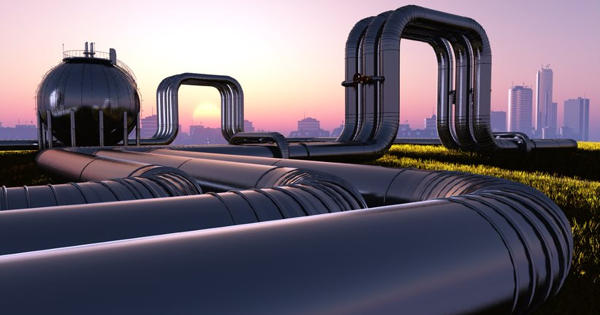 Recent earthquakes have highlighted the vulnerability and risks associated with natural gas transportation and distribution systems. The study demonstrates that the current methods for calculating the stress received by underground pipelines during an earthquake are incorrect. Underground pipelines that transport oil and gas are vital engineering communications all over the world. Some of these underground communications are constructed and maintained in earthquake-prone areas.

Since the 1950s, seismic safety and seismic stability of underground pipelines have been extensively researched. Since then, several methodologies for calculating stress received by an underground pipeline during an earthquake have been proposed. The goal of these methodologies was to make an accurate prediction of the structural stress received by a pipeline during an earthquake, and thus to determine how resilient the pipeline should be built in the first place. It is critical to strike the proper balance between pipeline cost and structural resilience. We were mistaken, as it turned out.

The research shows that current methods used for calculating stress received by the underground pipelines during an earthquake are incorrect.

Earthquake is a natural disaster that occurs on a regular basis throughout the world, causing significant financial and industrial losses as well as fatalities. Aside from human losses in cities and villages, it has the potential to cause massive economic and environmental losses through damage in industrial areas.

The network of urban gas pipelines, as one of the most vital lifelines, plays a significant role in the level of vulnerability and earthquake damage. The transient ground deformation caused by wave propagation is the first earthquake effect that can damage pipelines. The second type of permanent ground deformation is liquefaction, landslides, and ground failure. A fire may break out as a result of the failure of the gas pipelines, increasing the indirect damage caused by the earthquake.

Scientists from the Academy of Sciences of the Republic of Uzbekistan’s Institute of Mechanics and Seismic Stability of Structures and Russia’s Peter the Great St. Petersburg Polytechnic University (SPbPU) conducted new research. The study demonstrates that the current methods for calculating the stress received by underground pipelines during an earthquake are incorrect.

“Existing methods do not take into account seismic pressure, which is the stress normal to the pipeline’s outer surface caused by the propagation of a seismic wave in the soil. This results in an incorrect determination of the pipeline’s stress; longitudinal stress calculations result in errors of 100% or more,” said Nikolai Vatin, professor at SPbPU’s Institute of Civil Engineering.

Because longitudinal stress is ignored, all underground oil and gas pipelines are more vulnerable to earthquakes than was previously thought. To address this issue, researchers created a new theory of seismic wave propagation in an underground pipeline and surrounding soil.

Because seismic codes are constantly changing as a result of increased human knowledge and experience with earthquakes, seismic rehabilitation of existing structures and components is unavoidable. The first step in rehabilitation would be vulnerability assessment, and one of the most useful methods for doing so would be to use lessons learned from previous earthquakes. This is reasonable because the real-world situation of the proposed structure, along with real-world ground motion and engineering judgment, are combined to produce a result for future use.

In response to the observed damages and related disastrous effects, the design and manufacture of oil and gas pipelines have been improved over the years. Improvements are possible as knowledge about pipeline performance in specific contexts grows. Seismic hazard on buried pipelines has always been a major concern, and earthquake-induced soil liquefaction effects are among the most critical issues to be considered in the design. Case histories, experimental modeling, and numerical simulations provide the foundation for understanding of the involved mechanisms, influencing parameters, and structure response.

“It is admirable that science advances, that we develop better theories and discover our flaws. However, the ominous concern is that all of our current pipelines are at risk and will remain so for a long time until they are replaced and modernized,” said Karim Sultanov of the Academy of Sciences of the Republic of Uzbekistan’s Institute of Mechanics and Seismic Stability of Structures.