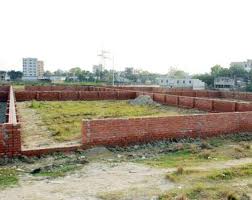 Bangladesh is basically a land scarce country. Day by day our cultivable land has been decreasing at an alarming rate causing pressure on food production for the rising population. With a view to arrest the declining rate of arable land and for maximum and optimum utilization of useable agricultural land of the country for food production to meet the demand of the incrementally rising population a national land use plan has been introduced in the year 2001. The timely implementation of the land use plan is the need of time. Our economy is broadly depends on the growth of agricultural production. But due to inefficiencies, backwardness and poor technological advancement land utilization plan could not be successful in fullest extend.

We have to take urgent measure to save our valuable land and ensure the maximum utilization of land both for agricultural and other productive purpose for augmenting our economic growth. An appropriate land management system should be implemented to save our agriculture and to take proper care of our environment for sake of sustainable development.

With this end in view we, the group members of 73rd ACAD course had analyzed and studied the Land Use Policy, 2001 and also studied the various options of problems and prospects of Land Management of Bangladesh. In this report we tried to mention some of the recommendations to improve the land use plan and for improving the total land management system of the country.

Bangladesh is basically an agriculture based country.  Agriculture is the only source of one third national income of Bangladesh and a means of livelihood for two third population of the country. But cultivable land is decreasing day by day due to urbanization, industrialization and construction of roads, hospital, educational institutions etc. The total cultivable land in Bangladesh was 20.2 million acres in the year of 1983-84 and it was reduced to 17.5 million acres in the year of 1997.According to the data given in land use policy 2001, the per capita land is 27 decimal of which cultivable land is only 17 decimal. On the other hand land is the source of basic natural resource from where the nation gets food, industrial product, daily use essential commodities, fashion goods, health security inputs, etc. Although in the context of Bangladesh, land is considered essential in life but unfortunately cultivable land is decreasing at increased rate due to over population, unplanned use, river erosion and use of homestead purpose.

So far crime is concerned most of the civil and criminal litigations have been arising due to crisis in land ownership. It goes without saying that we are in a dire need of proper land policy and its proper implementation by which we can ensure optimum, maximum and end use of land. On the other hand it would be wise and prudent to reduce complexity of land applying the proper land use policy. It is the high time to pay proper attention to the prudent use of land use policy of the country to save the scarce resource from the brink of destruction.

To ensuring food production for the burgeoning population, utilizing land at optimum level considering the different natural phenomena of land varies from one part of the country to another part of the country, equitable distribution of land among poor and landless peasants for boosting food production and using government land for sustainable developmental projects proper and detailed planning of land is the urgent need of the time. As the quantum of land is limited so management might be automated and well suited with the change of time and commensurate to need of the country.

2.1 The Problems/Prospects of land use policy regarding land with reasons

In the year 2001 “National Land Use Policy” was introduced and came into force on June 21, 2001 through a gazette notification. Most of the land related problem and prospects are existed and taken into consideration although all polices are not implemented. It requires updated problems, issues, information to address regarding problem of land matter of the country to bring expected result. On the other hand it would provide polices related to “National Strategy for Accelerated Poverty Reduction” for FY 2009-2011.

Following are the recommendations could be considered for a land use policy formulation and its implementation:

There are many laws existed in Bangladesh regarding land management and Survey operation. It creates problems in the management process due to contradiction of laws application. Most of the cases people involved in administration process are not aware and in some cases, they are ignorant. Utmost care required to accommodate all the laws and ordinance regarding land management under a single code. Therefore, whatever we want to change first we need to change our mindset. What policies related with land use will not create any benefit if not applied properly. But it shows urgency to review the present land use policy to some extent and updated considering the existing situation that prevails in the area of land administration.