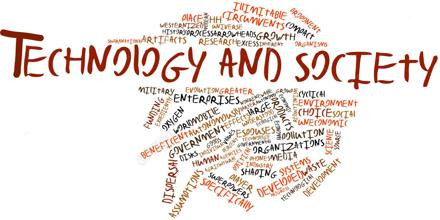 Technology and Society cannot be separated; becouse society has a cyclical co-dependence on technology. It also refers to cyclical co-influence, and co-production of technology and society upon the other, like as; technology upon culture, and vice versa. Technology has also caused us concerns. Its poor application has resulted into the pollution of the environment and it has also cause serious threat to our lives and society. It’s relationship occurred from the dawn of humankind, with the invention of simple tools and continues into modern technologies such as the printing press and computers.