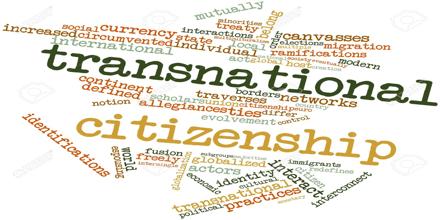 This article describe about Transnational Citizenship. It refers broadly to the enjoyment of rights, political participation, and membership in a community that extends beyond the borders of a particular nation-state. It transcends pre-established territorial boundaries in order to create a modern meaning of “belonging” in an increasingly globalized society. It is based on the idea that a new global framework consistent of subgroups of national identities will eventually replace membership to one sole nation-state.