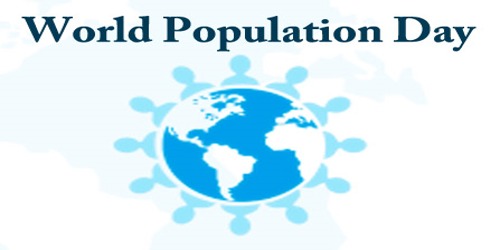 World Population Day is an annual event, which seeks to focus attention on the urgency and importance of population issues, was established by the then-Governing Council of the United Nations Development Program in 1989, an outgrowth of the interest generated by the Day of Five Billion, which was observed on 11th July 1987.

World Population Day aims to increase people’s awareness on various population issues such as the importance of family planning, gender equality, poverty, maternal health, and human rights. The day was suggested by Dr. K.C.Zachariah in which population reaches Five Billion when he worked as Sr Demographer at World Bank.

In 1987 there was an event called “Five Billion Day”, which recognized when the human population boiled over the 5 billion marks. Since then the United Nations Development Program has been working to anticipate, support, and offset the needs of a rapidly growing population. The population had been deemed to be growing out of control, and awareness was being spread about the need for family planning, ways to offset poverty, and the ability to ensure that proper maternal health was observed.

The existing strain of supporting our present population is already causing grievous crimes in the areas of human rights and gender equality. As more people come into a world that’s already doing a poor job of taking care of its citizens, there are more and more of them coming vulnerable to human rights violations such as human trafficking and child labor. World Population Day reminds us that we are part of an ever-growing world and that to ensure there’s a great future ahead for any of us, there has to be a great future for all of us.

In November, UNFPA, together with the governments of Kenya and Denmark, will be convening a high-level conference in Nairobi to accelerate efforts to achieve these unmet goals. On World Population Day, advocates from around the world are calling on leaders, policymakers, grassroots organizers, institutions and others to help make reproductive health and rights a reality for all.

Population Reference Bureau (PRB) also works at the country level to engage policymakers. For example, in Ghana, the issues of population growth and family planning are central to Ghana’s national development. On July 8, PRB and the National Population Council launched the multimedia advocacy tool, “Ghana on the Rise: Investing in Population and Development,” in Accra. The presentation, designed to promote policy dialogue on the critical role of population growth and family planning in achieving development goals, was viewed by high-level officials, including representatives of the vice president’s office, ministers of state and health, and the National Development Planning Commission.

“Ghana on the Rise” explores two scenarios: If Ghanaians continue to have families with an average of four children, the country will grow from 27 million to 60 million by 2050. But by addressing the reproductive health needs of families with a special focus on family planning, the population would reach a more sustainable 40 million.

Negative Population Growth (NPG) is an organization in the United States, founded in 1972. NPG works on overpopulation issues and advocates a gradual reduction in U.S. and world population. NPG believes the optimal population for the United States is 150 to 200 million and that the optimal world population is two to three billion. In order to accomplish their goal of a smaller U.S. population, the organization promotes policies which would reduce the fertility rate in the U.S. to 1.5 births per woman, and they advocate for reducing the level of immigration into the United States to 100,000 to 200,000 per year from the existing level of over 1.5 million per year. Membership stands at more than 25,000.