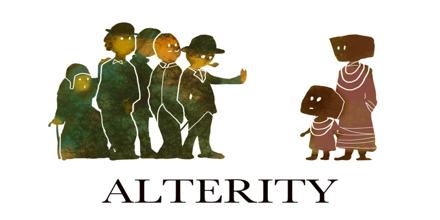 Alterity in Philosophy and  anthropological is a term that meaning “otherness”, strictly being in the sense of the other of two. It is also increasingly being used in media to express something other than the sameness of an imitative compared to the original. In philosophy, it is usually understood as the entity in contrast to which an identity is constructed, and it implies the ability to distinguish between self and not-self, and consequently to assume the existence of an alternative viewpoint.