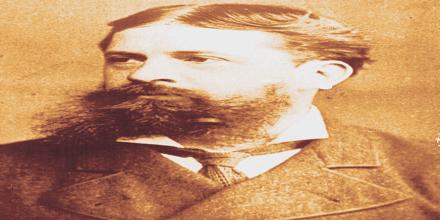 Charles Sanders Peirce, Philosopher, Logician, Mathematician, and Scientist was born Sept. 10, 1839, Cambridge, Massachusetts, U.S. He was noted for his work on the logic of relations and on pragmatism as a method of research. An influential thinker and polymath, Peirce is among the greatest of American minds. Peirce applied scientific principles to philosophy, his understanding and admiration of Kant also colored his work. Peirce was analytic and scientific, devoted to logical and scientific rigor, and an architectonic philosopher in the mold of Kant or Aristotle. His best-known theories, pragmatism and the account of inquiry, are both scientific and experimental but form part of a broad architectonic scheme. An innovator in mathematics, statistics, philosophy, research methodology, and various sciences, Peirce considered himself, first and foremost, a logician. In 1934, the philosopher Paul Weiss called Peirce “the most original and versatile of American philosophers and America’s greatest logician”. Keith Devlin similarly referred to Peirce as one of the greatest philosophers ever.