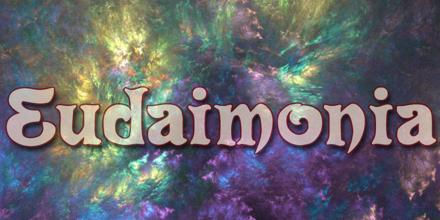 Eudaimonia is a term of classical Greek word, which is commonly translated as “happiness”, but perhaps better described as “well-being” or “human flourishing” or “good life”. It is a moral philosophy that defines right action as that which leads to the “well-being” of the individual, thus holding “well-being” as having essential value. It is one of the central concerns of ancient ethics, and a subject of much disagreement. Eudaimonia can be thought of as any theory that puts personal happiness and the complete life of the individual at the center of ethical concern.