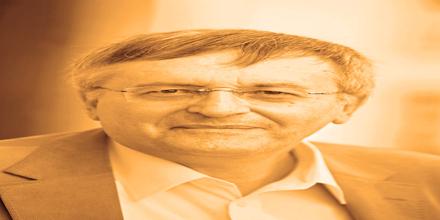 John Nicholas Gray, Philosopher was born 17 April 1948 (age 68) South Shields, United Kingdom. He is an English political philosopher with interests in analytic philosophy and the history of ideas. He attended grammar school in South Shields, then studied at Exeter College, Oxford, reading Philosophy, Politics and Economics (PPE), completing his B.A., M.Phil. and D.Phil. He has written several influential books on politics and philosophy, including False Dawn: The Delusions of Global Capitalism (1998), which argues that free market globalization is unstable and is in the process of collapsing, Straw Dogs: Thoughts on Humans and Other Animals (2003), which attacks philosophical humanism, a worldview which Gray sees as originating in religious ideologies, and Black Mass: Apocalyptic Religion and the Death of Utopia (2007), a critique of Utopian thinking in the modern world. He has served as a visiting professor at Harvard University (1985–86) and Stranahan Fellow at the Social Philosophy and Policy Center, Bowling Green State University (1990–1994), and has also held visiting professorships at Tulane University’s Murphy Institute (1991) and Yale University (1994). He was Professor of European Thought at the London School of Economics and Political Science until his retirement from academic life in early 2008.