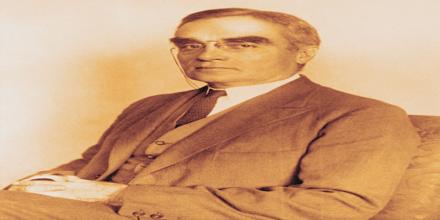 Learned Hand, Judicial Philosopher was born Jan. 27, 1872, Albany, NewYork, U.S. He was never a justice of the Supreme Court, he is generally considered to have been a greater judge than all but a few of those who have sat on the highest U.S. court. He served on the United States District Court for the Southern District of New York and later the United States Court of Appeals for the Second Circuit. Hand is known as much for his eloquent prose as for his unusual name, and his opinions are widely taught in law schools. He was born and raised in Albany, New York, Hand majored in philosophy at Harvard College and graduated with honors from Harvard Law School. After a short career as a lawyer in Albany and New York City, he was appointed at the age of 37 as a Federal District Judge in Manhattan in 1909. He was an intellectual leader in the judiciary. Between 1909 and 1914, under the influence of Herbert Croly’s social theories, Hand supported New Nationalism. In 1924, President Calvin Coolidge promoted Hand to the Court of Appeals for the Second Circuit, which he went on to lead as the Senior Circuit Judge (later retitled Chief Judge) from 1939 until his semi-retirement in 1951.He was a proponent of balancing tests in the, and used them often. He was the first to apply economic concepts to legal analysis. Hand has been called one of the United States’ most significant judicial philosophers.