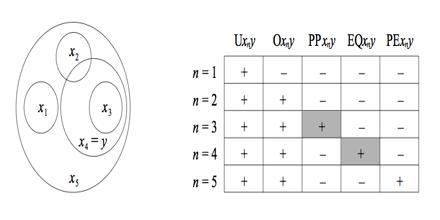 This article describe about Mereology, which is the theory of parthood relations: of the relations of part to whole and the relations of part to part within a whole.It emphasizes the meronomic relation between entities, which—from a set-theoretic perspective—is closer to the concept of inclusion between sets. Mereology has been explored in various ways as applications of predicate logic to formal ontology, in each of which mereology is an important part. Although it is an application of mathematical logic, what could be argued to be a sort of “proto-geometry”, it has been wholly developed by logicians, ontologists, linguists, engineers, and computer scientists, especially those working in artificial intelligence.