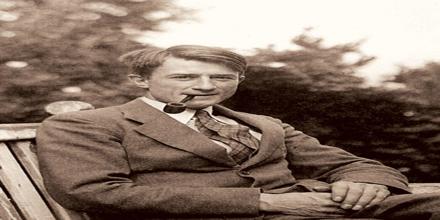 Michael Joseph Oakeshott, Philosopher and Political Theorist  was born December 11, 1901, Chelsfield, Kent, England. He was an educator whose work belongs to the philosophical tradition of objective idealism. He is regarded as an important and singular conservative thinker. In political theory Oakeshott is best known for his critique of modern rationalism. Michael Oakeshott attended St. George’s School, Harpenden from 1912 to 1920. During 1920, Oakeshott went to Gonville and Caius College, Cambridge to read History, where he obtained an MA and subsequently became a Fellow. While at Cambridge, he admired the British idealist philosopher J. M. E. McTaggart and the medieval historian Zachary Nugent Brooke. The historian Herbert Butterfield was a contemporary and fellow member of the Junior Historians society. He was dismayed by the political extremism that occurred in Europe during the 1930s, and his surviving lectures from this period reveal a dislike of National Socialism and Marxism. Oakeshott published his first book, Experience and its Modes, in 1933. He noted that the book owed much to Georg Wilhelm Friedrich Hegel and F. H. Bradley; commentators also noticed resemblances between this work and the ideas of thinkers such as R. G. Collingwood and Georg Simmel. He also wrote about philosophy of history, philosophy of religion, aesthetics, philosophy of education, and philosophy of law.