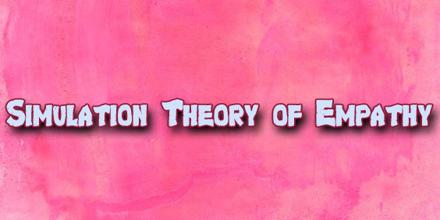 Simulation Theory of Empathy is rather a theory of how people understand others, that they do so by way of a kind of empathetic response. This theory uses more biological evidence than other theories of mind, such as the theory-theory. It is an account of our everyday ability to make sense of the behavior of others. It has been hailed as the primary means for gaining knowledge of other minds and as the method uniquely suited for the human sciences, only to be almost entirely neglected philosophically for the rest of the century.