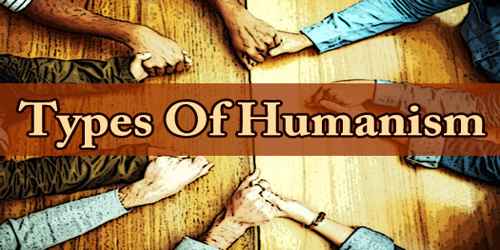 Humanism is a philosophy, world view, or life stance based on the naturalism-the conviction that the universe or nature is all that exists or is real. Humanism serves, for many humanists, some of the psychological and social functions of a religion, but without belief in deities, transcendental entities, miracles, life after death, and the supernatural. Humanists seek to understand the universe by using science and its methods of critical inquiry-logical reasoning, empirical evidence, and skeptical evaluation of conjectures and conclusions-to obtain reliable knowledge.

The word “humanism” is ultimately derived from the Latin concept humanitas. It entered English in the nineteenth century. However, historians agree that the concept predates the label invented to describe it, encompassing the various meanings ascribed to humanitas, which included both benevolence toward one’s fellow humans and the values imparted by bonae litterae or humane learning (literally “good letters”).

Humanitas meant the development of human virtue, in all its forms, to its fullest extent. The term thus implied not only such qualities as are associated with the modern word humanity understanding, benevolence, compassion, mercy but also such more assertive characteristics as fortitude, judgment, prudence, eloquence, and even love of honor. Consequently, the possessor of humanitas could not be merely a sedentary and isolated philosopher or man of letters but was of necessity a participant inactive life. Just as action without insight was held to be aimless and barbaric, insight without action was rejected as barren and imperfect. Humanitas called for a fine balance of action and contemplation, a balance born not of compromise but of complementarity.

Those who have spoken Latin and have used the language correctly do not give to the word humanitas the meaning which it is commonly thought to have, namely, what the Greeks call φιλανθρωπία (philanthropy), signifying a kind of friendly spirit and good-feeling towards all men without distinction; but they gave to humanitas the force of the Greek παιδεία (paideia); that is, what we call eruditionem institutionemque in bonas artes, or “education and training in the liberal arts”. Those who earnestly desire and seek after these are most highly humanized. For the desire to pursue of that kind of knowledge, and the training is given by it, has been granted to humanity alone of all the animals, and for that reason, it is termed humanitas, or “humanity”.

Gellius says that in his day humanitas is commonly used as a synonym for philanthropy or kindness and benevolence toward one’s fellow human beings. Gellius maintains that this common usage is wrong, and that model writers of Latin, such as Cicero and others, used the word only to mean what we might call “humane” or “polite” learning, or the Greek equivalent Paideia. Yet in seeking to restrict the meaning of humanitas to literary education this way, Gellius was not advocating a retreat from political engagement into some ivory tower, though it might look like that to us. He himself was involved in public affairs. According to legal historian Richard Bauman, Gellius was a judge as well as a grammarian and was an active participant the great contemporary debate on harsh punishments that accompanied the legal reforms of Antoninus Pius (one these reforms, for example, was that a prisoner was not to be treated as guilty before being tried). “By assigning pride of place to Paideia in his comment on the etymology of humanitas, Gellius implies that the trained mind is best equipped to handle the problems troubling society.”

Humanism says people can find purpose in life and maximize their long-term happiness by developing their talents and using those talents for the service of humanity. Humanists believe that this approach to life is more productive and leads to a deeper and longer-lasting satisfaction than a hedonistic pursuit of material or sensual pleasures that soon fade. While service to others is a major focus of Humanism, recreation and relaxation are not ignored, for these too are necessary for long-term health and happiness. The key is moderation in all things. Humanism considers the universe to be the result of an extremely long and complex evolution under the immutable laws of nature. Humanists view this natural world as wondrous and precious, and as offering limitless opportunities for exploration, fascination, creativity, companionship, and joy.

Actually, the word “humanism” has a number of meanings, and because there are so many different meanings it can be quite confusing if we don’t know what kind of humanism someone is talking about.

In short, humanism called for the comprehensive reform of culture, the transfiguration of what humanists termed the passive and ignorant society of the “dark” ages into a new order that would reflect and encourage the grandest human potentialities. Humanism had an evangelical dimension: it sought to project humanitas from the individual into the state at large.

The word “humanism” as a philosophy centered on humankind (as opposed to institutionalized religion) was also being used in Germany by the Left Hegelians, Arnold Ruge, and Karl Marx, who were critical of the close involvement of the church in the German government. There has been a persistent confusion between the several uses of the terms: philanthropic humanists look to what they consider their antecedents in critical thinking and human-centered philosophy among the Greek philosophers and the great figures of Renaissance history; and scholarly humanists stress the linguistic and cultural disciplines needed to understand and interpret these philosophers and artists.

The Secular Humanist has been known for defiance, defiance that dates back to ancient Greece. Humanist themes that are shown in Greek mythology are rarely ever shown in the mythologies of other cultures. And they are certainly not shown in modern religion. The best example from Greek mythology is the character of Prometheus. Prometheus stands out because he was idolized by ancient Greeks as the one who defied Zeus. He stole the fire of the gods and brought it down to earth. He was punished and still, he continued his defiance despite the torture. The next time we see a Promethean character in mythology it is Lucifer in John Milton’s Paradise Lost. But now he is the devil. Whoever defies God must be evil. That seems to be a given of traditional religion. But the Greeks didn’t agree. To them, Zeus, for all his power, could still be mistaken. This exemplifies the Secular Humanists tradition of skepticism. Just like every religion has it’s sage, so does Secular Humanism. All other sages created rules or laws save the Secular Humanists sage, Socrates. Socrates gave us a method of questioning the rules of others.

In modern times, humanist movements are typically non-religious movements aligned with secularism, and today humanism may refer to a nontheistic life stance centered on human agency and looking to science rather than revelation from a supernatural source to understand the world.

Humanism advocates the extension of participatory democracy and the expansion of the open society, standing for human rights and social justice. Free of supernaturalism, it recognizes human beings as a part of nature and holds that values-be they religious, ethical, social, or political-have their source in human experience and culture. Humanism thus derives the goals of life from human need and interest rather than from theological or ideological abstractions and asserts that humanity must take responsibility for its own destiny.