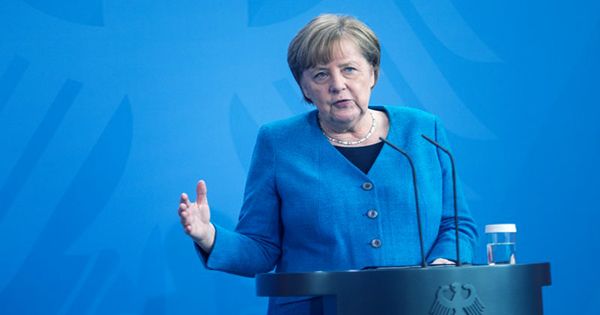 Angela Merkel, Germany’s chancellor, has led her country through a period of unprecedented uncertainty, from the global financial crisis of 2008 to Brexit, the need to phase out fossil fuels, and, of course, the COVID pandemic. Her leadership of the European Union’s largest economy has been characterized as one of assurance and sure-handedness, and she has been dubbed “the de facto leader of Europe.” Merkel has outlasted seven Australian prime ministers, and no single factor can be blamed for her long run of success. Her background as a scientist, on the other hand, provides vital information.

World politics loses another scientist as Merkel declines a fifth term and leaves office this month. We in Australia are once again asking ourselves, “Where are the scientists in all of our politics?”

The scientist and the leader

There have many shining instances of scientists who have successfully entered the sphere of politics around the world. What characteristics do scientists possess that make them potentially powerful and effective leaders? Throughout her long political career, Merkel has kept several characteristics that are common among scientists. She is both patient and astute. She is strategic and visionary, and she recognizes the need for long-term planning. She is logical and empirical in her approach. She also fosters teamwork and collaboration.

Finally, Merkel is known for delineating a clear line between what is known and what is unknown. She does not exaggerate the facts; rather, she encourages a temporary embracing of uncertainty until more information can be acquired to make a conclusion.

Merkel received her doctorate in quantum chemistry, a branch of quantum mechanics that she specialized on, Quantum mechanics is directing scientists to find and modify the features of atoms and sub-atomic particles. It has well known for the gruesome “Schrödinger’s cat” thought experiment.

For many, Schrödinger’s cat is more mysterious than enlightening, but the paradoxical nature of quantum physics demonstrates the power of science. Scientists construct and evaluate models of the world by gathering data and creating theories, as well as following the trail of incompatible observations. Quantum mechanics, like the best scientific theories, predicts more than we can instantly explain. It’s a tool that helps us go above our human flaws, such as emotion-driven prejudice and impulse, and into deeper truths.

Australia has never needed the instruments of science and the qualities of its scientists more than now, in the face of pandemics of viruses and misinformation, skepticism of authority, and the erosion of meaning.

Where are Australia’s science-trained political leaders?

Only 17 of Australia’s 227 members of parliament have degrees in science, technology, medicine, or engineering (STEM). That is only 7% of the total. Many of the world’s most critical issues threaten Australia, including climate change, biodiversity loss, pandemic variations, cybersecurity, and AI difficulties, and antibiotic resistance. To meet these problems, our country’s decision-makers must objectively examine complicated data, distinguish fact from fiction, and establish collaboration and approaches that will take years, if not decades, to completely mature. We also need just and bold leadership that is willing to accept and implement new technologies quickly in order to decrease carbon emissions, create new economic sectors, and protect Australia’s digital assets.

Consider how things could be different if more scientists were represented in Australia’s federal parliament. We have the ability to do so. In response to the Intergovernmental Panel on Climate Change’s “Code Red” report, Australia would have introduced more aggressive carbon emission targets as well as an infrastructure investment plan to meet them. It would have cemented Australia’s position as an excellent digital economy, boosting employment and wealth while enhancing access to work, schools, and health care for all Australians.

By increasing investment in research and development, the government would be taking a strong, ambitious, and evidence-based approach to growing our economy. It would encourage others to follow suit, resulting in substantial GDP returns and elevating Australia off the bottom of the OECD rankings for government research and development spending. Australia would be rapidly constructing manufacturing, energy, and data infrastructure in order to accelerate the transition to a zero-waste economy.