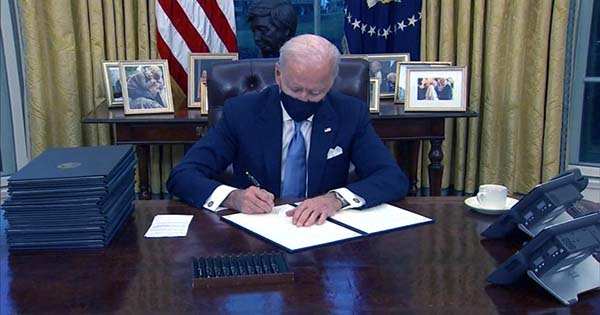 The United States is about to change its power dynamics, as well as its coastlines, Interior Secretary Deb Haaland announced a plan to build seven offshore wind farms over nearly the entire continental US coastline at a wind power industry conference on Wednesday. The plan would allow for a significant increase in present offshore power capacity, as well as a reduction in carbon emissions of up to 78 million tons, according to White House officials. “As we advance the administration’s efforts to combat climate change, generate good-paying employment, and expedite the nation’s transition to a cleaner energy future, the Interior Department is laying out an ambitious road map,” Haaland said. “To achieve a sustainable energy economy, we have enormous ambitions, and the Interior is reaching them right now.”

If the United States is to achieve its goal of entirely decarbonizing its power grid by 2050, it will have to step up its game: renewables currently account for less than one-fifth of the country’s electrical sources. Wind power is the most environmentally beneficial power choice accounting for about two-fifths of that total yet the wind farms that are responsible are primarily onshore.

Wind turbines are located far out at sea in areas like Europe and China, where the winds are more consistent and powerful, and farms may develop to huge sizes without attracting the ire of “not in my back yard” activists. However, the United States has trailed behind: the country now has only two small offshore wind farms; capable of producing barely 0.04 percent of national electricity demand, and the first huge offshore project only permitted this year.

That should, however, be changed. The White House issued a plan earlier this year to rapidly scale up offshore wind generation: the goal is to create 30 gigawatts of offshore wind power by the end of the decade, a 750-fold increase. According to the project data sheet, this amount would need to more than triple in the next decades, reaching 110 gigawatts by 2050.

Those are the goals, but there are few details on how to get there so far. The plan’s announcement this week adds some much-needed meat to the bones: By 2025, Haaland said, the Department plans to lease federal waters in the Gulfs of Mexico and Maine, off the shores of California and Oregon, and along nearly the entire Atlantic coast to wind power producers.

“This schedule provides two essential factors for success: enhanced certainty and openness,” she explained. “By working together, we can achieve our renewable energy targets while also meeting the requirements of other ocean users and communities who may be impacted.” “I’m excited about our future together and for us to make so much progress that we’ll be unstoppable.” The initiative is essential evidence of the Biden administration’s commitment to addressing the climate catastrophe, especially with the UN’s 26th Climate Change Conference approaching.

Former Department of Energy assistant secretary Dan Reicher told the New York Times, “I’ve been in the wind industry for a long time.” “This is a replay of what we did a few decades ago with onshore wind when we took it from a small specialist source of energy to a mainstream, inexpensive source of power.” “This is a huge deal,” he continued. “This is a signal in the United States that we’ve never had before about where we can go with offshore wind.”