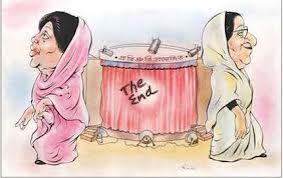 The 13th amendment of the Constitution of Bangladesh provides a new framework for a non-elected, interim Caretaker Government (CTG) after the end of a regular government At the end of BNP regime in Dec. 2006, the CTG of Fakhruddin Ahmed hold the state power. The government rather than arranging election within 90 days, started conspiracy with the help of military and outside power and stayed illegally in power for 2 year from 13 Jan 2007 to 31 Dec. 2009.

Now we will discuss about the Fakhruddin regime is light of levels of analysis, sectors and regions.

Levels are special locations from macro to micro, where both sources of explanation and outcomes can be found. Levels of analysis is used extensively to locate the actors referent objects and dynamics of interaction that operate in the realm of security. The five most frequently used levels are-

Now we will discuss about 5 aspects of Fakhruddin’s government in light of levels of analysis :

On 13th January 2007, the CTG of Fakhruddin Ahmed took the ruling power and, there, the contribution of differ levels as follows :

The government instead of arranging election concentrated on democratic reform including “minus two formula”.

I. International systems : International community including UN, USA, UK etc was given indirect support for illegal political reform with repression on political leaders.

IV. Subunits : The military played the dominant role in the reformation process. The bureaucracy assisted them and civil society was in fear of insecurity.

V. Individuals : Although people welcomed the democratic reformation, but very soon, they became frustrated and were in fear of being arrested.

III. Units : The whole state and government. was directly or indirectly under the control of military. Politics was total vandalized and political organs were inactive.

IV. Subunits : The CTG’s main weapon to exist was military and indirect control of Moin-U-Ahmed. The bureaucracy and civil society was under control of military.

V. Individuals : The individuals were in threat and insecured for being arrested and tortured.

The government created insecurity and threat for the country by massive tortured and arrest in the name of irritating corruption.

I. International systems : As Bangladesh has become champion in corruption for 7 times, international leading power gave approval to this activity of CTG and military.

II. International subsystems :India, China and others regional countries have given support to it.

III. Units : The state was an unstable positing for internal threat and military dominance in every sector and over the people.

IV. Subunits : The basic actor for corruption reduction was military, especially Moin-U-Ahmed. The bureaucrats, civil society and political organs were in a situation of threat and vulnerabilities for being arrested and tortured.

V. Individuals : The individuals also were in insecure position for being scapegoat in the name of irritating corruption.

One of the major causes which made the people anxious to CTG was economic issue.

I. International systems : As the CTG was an interim government, no other country was willing to make agreement or treaty with it, did not provide much economic support. But the military was highly assisted by a number of dominant countries.

II. International subsystems : The import form India and other neighboring countries was decreased and illegal trade was increased and it affected internal economic crisis.

III. Units : The state was insecured and unstable due to price hike, less production, limited aid and foreign import and export.

IV. Subunits : Although the economy, during the period was distracted, military got a large number of amount from outside. The bureaucracy and civil society was in misery.

V. Individuals : The price hike has increased the suffering of the general people and made them agitate.

Sectors are the views of whole that select particular type of the interaction. The sectors which are discussed in terms of politics and security are –

Now we will discuss about the CTG of Fakhruddin Ahmed in light of different sectors :

The authoritative government violates the constitution for existing illegally in power for 2 years and destroyed the democracy.

II. Military sector : The military sector of CTG was the most active radiant weapon to vandalize political and democracy during this period. President Iajuddin Ahmed declared emergency which led army chief Moin-U-Ahmed to control the politics with the assistance of foreign country.

The military started suppression and oppression over the political leaders and general people and also the students and teachers. They created the era of insecurity.

III. Economic sector : One of the  major causes of the failure of CTG is economic issue. The price hikes of the commodities make the people anger. The destruction of shops and market beside the roads also anguish them. No economic treaty or agreement and aid were provided because no country was willing to make an agreement with an interim government.

IV. Societal sector : The society during the CTG of Fakhruddin, was not in a stable position. Hartal, picketing has destroyed the social life, Closing of offices, industries, educational institutions were a general occurrence. There was an insecure position in the society.

V. Environmental sector : A devastating Sidr was occured during  the Fakhruddin CTG on 15th November 2007. The world heritage site Sundarbans was damaged by    of the total area including many distinct species of flora and fauna. But Fakharuddin CTG was silent to recover the total damage which was about 1.7 billion dollar.

The concept of regional security complexes covers how security is clustered in geographically shaped regions. The security of each actor in a region interacts with the security of the other state.

The security issue of Bangladesh during the Fakhruddin regime also influenced by the regional dominant power India and China. They have indirect support to the CTG, although they claimed for election. China was indifferent to us for the business agreement between Bangladesh and Taiwan. Pakistan also supported to that regime.  As the CTG was an interim government no one was to make an agreement or treaty specially in economic issues with the government. Export-import in regional area has decreased in a number of way and it was a major cause of price hike which led as the major cause of the failure of CTG.

Nepal, Bhutan, Sri-Lanka, Maldives, as neighboring and friends countries supported the government for having a good relation and also claimed a free fair election as soon as possible.

The CTG of Bangladesh had become a major talk in South Asian region.

The Caretaker Government of Fakhruddin Ahmed consumes the state power illegally with the help of military and outside power for a 2 years term. Although it arranged a national election, it took too many times, destroyed the constitution and democracy. The regime of Fakhruddin was an era of insecurity.