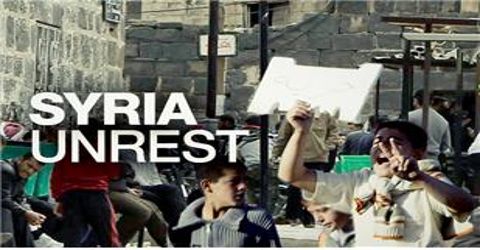 Syria is one of the oldest places where civilization has deliberation to have started. Its capital, Damascus, is one of the oldest incessantly colonized cities in the world. Throughout history it has seen numerous changes, violent and otherwise. Approximately January 2011, following on from the Arab Spring where protests beside ruling regimes erupted in a number of Middle East countries, protesters in Syria came out challenging President Bashar al-Assad and his command step down. The conflict in Syria began as an offshoot of the 2011 Arab Spring uprisings. Sparked on April 29th in the town of Daraa by a group of 13 year old boys who wrote on the side of their school “The Government must go!”, the movement began as a uprising for democracy. The war in Syria has gone on for over five years and has claimed the lives of more than a quarter of a million people.

But in the past four years, it has since disintegrated into a cauldron of opposing rebel groups, terrorist elements, international powers, and pious factions–all with a quarter million Syrians killed with millions displaced.

The United States and countries around the world predestined President Assad, who many had hoped would soften his father’s iron-handed government. Criticism has also come from suspect quarters, like Syria’s neighbors, Jordan and Turkey, and the Arab League. Syria was barred from the Arab League after it agreed to a peace plan only to step up attacks on protesters. In late 2011 and early 2012, Syria agreed to allow league observers into the country. But their presence did nothing to slow the violence.

By the summer of 2012, the conflict had deeply enlarged in tempo and violence on all sides, as support groups predictable that about 400 died in June 2011 and more than 3,000 people in June 2012. According to estimates from the United Nations, the clash has left more than 10,000 dead, thousands more displaced.  In cities throughout Syria, including the capital, Damascus, and the largest city, Aleppo, the opposition had coalesced around armed groups identifying themselves as elements of the Free Syrian Army. From bases in refugee camps on the Turkish side of the border, the flow of weapons, medical supplies and money increased.

As the conflict has sustained without resolution, Syrians concerned in the struggle say it is becoming more radicalized: homegrown Muslim jihadists, as well as small groups of fighters from Al Qaeda, have been taking a more important responsibility and demanding a say in running the confrontation.

How did it all start?

The problem began in 2011 in the Syrian city of Deraa.

It began for the reason that local citizens decided to protest after 15 schoolchildren were in prison – and apparently tortured – for writing anti-government graffiti on a wall. The protests were calm to begin with, calling for the discharge of the children, democracy and better freedom for people in the country. The government responded angrily and, on 18 March 2011, the army opened fire on protesters, killing four people. The following day, they shot at mourners at the victims’ funerals, killing another person.

People were shocked and angry at what had happened and soon the unrest spread to other parts of the country.

Who are the rebel fighters?

A little confusingly, there isn’t one solitary group of rebels fighting against President Assad and the government’s army. The opposition – that is, those who all want the president to step down – is made up of numerous kinds of people. These include groups of rebel fighters, political parties who oppose with Assad and those living in exile who cannot return to the country. Some Causes that help you understand the Syria conflict

The Assad family has held command in Syria since 1971. First it was Hafez al-Assad, then Bashar al-Assad. Unlike many government leaders in the Middle East middle, The Assad family is not religiously tremendous. They are Alawites – a relatively obscure branch of Islam which is not principally hard-line. So the people have not been protesting against hard-line Islamists, as happened in other countries which participated in the Arab Spring uprisings.

But people are still angry at their government. As Rodger Shanahan points out, what they’re angry about is the failure of long-promised economic and political reforms.

By July 2011, the Free Syrian Army (FSA) had formed. As Dr Shanahan explains, the FSA never existed before that. “Local areas formed their own militias with the aim of toppling the government without any co-ordination or centralized command or control,” he says. Then a combination of Jihadists, some from Syria and some from elsewhere, joined the FSA. Some even came from the faraway Caucasus region – where accused Boston bomber Dzhokhar Tsarnaev originally hailed from.

So in other words, you had genuine Syrian freedom fighters joined by people with their own Islamist agendas. But because the FSA was underarmed and undermanned, they had little choice but to form a loose coalition with these volatile new kids on the revolutionary block.

“There are accusations of atrocities on both sides,” Rodger Shanahan confirms. We should believe some of them, absolutely. There’s no accurate confirmation, but it’s a nasty horrible civil war with people on both sides getting killed.

Allow us to break up this tale with a story of the president’s wife. Her name is Asma al-Assad and she was raised in Britain by Syrian parents. She’s smart, glamorous and she worked as an investment banker before meeting her future husband in Britain in 2000 – just months before he became president.

In March 2011, the American version of Vogue magazine ran a long, glowing profile of Asma al-Assad. Talk about bad timing. The story was soon removed from Vogue’s website and the journalist who wrote it tried to cover her tracks by penning a separate story elsewhere entitled “First Lady of Hell”.

The United Nations estimates that more than 1.5 million refugees have now fled Syria. Father David Smith visited numerous camps across the border in Lebanon – a country whose population of 4.3 million is bulging with the influx of a total of nearly 2 million Palestinian and Syrian refugees.

Just who unleashed the chemical weapons attack which killed hundreds of children and other civilians – and why? UN weapons inspectors arrived with a authorization to find that out. And when they do, it will influence what the world does next.