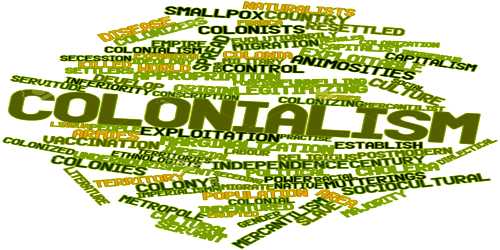 In looking at the disparity between the countries of the North (us) and the South (Africa, South America etc), one must start by understanding where the situation came from. In other words:

The answer to these questions can be found by examining the recent history of Europe, its expansion throughout the rest of the world and the system of control and exploitation it established. This system was colonialism.

First we must consider the three major events that turned the countries of Europe outward. These are:

The Voyages of Discovery

After more than 1000 years of isolation and within a few short decades (1490 – 1520), European countries sailed over the sea and took commanding positions in the Western hemisphere and much of Southeast Asia. There were three motivating factors for the expansion and these were:

God: the European nations saw themselves as “civilized and felt compelled to convert the savages to Christianity as well

Gold: The nations of Europe were involved in a race for the riches provided through raw materials and natural resources

Glory: the monarchs and European Empires wanted to leave their mark on the far reaches of the globe

The single most significant motivation was economics. The quest for Asian spices (Pepper, cinnamon, nutmeg, ginger) and other luxury goods led to explorers seeking new routes after the Islamic take over of the Silk Road (an overland trade route between Europe and Asia). Prior to 17th century, European thinkers believed all knowledge came from religion and all that could be known was. The Voyages of Discovery proved that all knowledge was not known and soon scientists starting appearing in Europe. They fostered a mechanistic worldview and included such thinkers as Newton and Descartes.

The Enlightenment – Occurring for most of the 18th century, it had three premises:

It resulted in the application of new scientific thought to technology, specifically ships and weapons.

The Industrial Revolution had several important outcomes including:

A racist system of political, economic, and cultural domination forcibly imposed by a technologically superior foreign minority on a native majority. It depended on economic exploitation and political oppression that usually took one of two forms:

With the advent of the Industrial Revolution, European countries found they needed two things.

This formed the basis of the economic cycle that was to trap the Colonies to this day – a wide scale imbalance of trade. This refers to unequal value placed on the products being traded between countries. Raw materials are worth much less than manufactured goods.

In general there are two broad categories of colonialism. These are:

These were colonies where political control was established but no large-scale foreign settlement occurred. Control was established through force or an alliance with the local ruling elite. In the case of European colonialism, the areas of Africa, the Caribbean and South and Central America are the best examples. In the absence of European immigration, no manufacturing industries were permitted to develop and native peoples in those areas were forced to work on exporting raw materials to Europe.

Among the many abuses of colonialism, none was worse than the slave trade. During the 400 years of European colonialism it has been estimated that 12 million African people were taken from Africa as slaves for western colonies. Of this number more than 2 million did not survive the trip, known as the “Middle Passage”.

This system emerged in Canada and the northern US and was based primarily on fishing, timber and furs. There was no need for large collections of slave labour for these activities. In the case of furs, trading with Native peoples was more effective as they were far more efficient trappers. This is not to suggest that northern native peoples did not suffer at the hands of the European settlers because they definitely did.

This system developed in South and Central America as well as in the Caribbean. Colonies established in these areas concentrated on silver, tobacco and later cotton. Without significant European immigration, slavery became the main method for getting these resources. Mining and farming require lots of labour and so initially local indigenous peoples were forced into slavery but soon inhuman conditions and disease decimated the population.

Throughout the “New World” disease absolutely ravaged the indigenous populations. Europeans brought with them diseases (like small pox) that did not exist in North and South America. The cost in human life was staggering but particularly deadly in the South where local populations were concentrated together on plantations or around mines. In Mexico, the indigenous population declined by 90% in the first 100 years of Spanish rule. The island of Hispaniola had a population of 250,000 in 1492 but only 500 by 1538.

As local indigenous populations rapidly declined, European colonies looked for a new source of labour and found it along the West Coast of Africa. The African population had exposure to the diseases present in Europe and so was as resistant to them as Europeans. Thus the “Middle Passage” slave trade was born and the largest single movement of people prior to WWII began. It would profoundly change the world.

It has been said the wealth of the industrialized North (US, Canada, Europe) was made possible by the slavery of African people. One could certainly make a strong case for this idea. Think about it.

When colonialism ended in the years after WWII, the colonies of settlement (Canada, The United States) were long independent with large industrialized economies and considerable wealth. The colonies of exploitation emerged from colonialism much as they entered it, lacking an industrialized economy and now without ownership of most of their resources. The heirs of colonialism, large European and North American companies, owned or controlled the wealth in the former colonies. This situation has led to many claims that colonialism has not really disappeared but rather has taken on a new form generally referred to as “neocolonialism”.

Decolonization was the process by which the British and French empires were dissolved. Their colonies in Asia, Africa and the Middle East were granted independence. This happened within three major clusters:

Decolonization happened as a result of the following:

After Independence – “Origins of the Third World”

These problems were largely due to the fact that Colonialism had left the new nations unprepared. Their economies were based on producing raw materials using unskilled labour. They could not complete with the modern economies of the North but suddenly found themselves having to. These new countries had to rely on previous empires and new powers, for financial assistance and technological advice.

The Effects of Decolonization