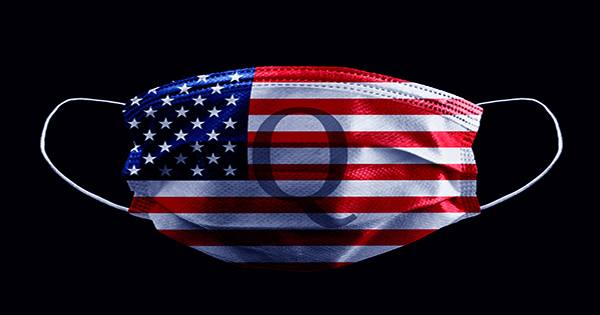 Fifteen Percent of Americans Believe the US is Controlled by Satan-Worshippers, Poll Finds

The Keunon conspiracy is an umbrella of bizarre and baseless beliefs, an anonymous user of the message board 4CHan and 8kun who claim without proof that they have access to special “queue clearance” of US national security information. The claims of users known as “queues” are broader and (where they can be tested) appear to be false. After several prominent claims that failed to be implemented earlier this year, there was optimism that Keunon would lose conspiracy theory followers and prominence.

Kevin supporters believed Trump would win the November election. When that failed, and Joe Biden was sworn in as president, their belief that Donald Trump was less likely to unravel a sex-trafficking ring at the center of the “deep state” involved with Hillary Clinton seemed (and already was) fictional). Thankfully, online people are turning away from the conspiracy. However, a new survey by the Public Release Research Institute (PRRI) found that the problem did not go away completely.

Instead of directly questioning whether they believed in Kevin, the institute asked 5,149 adults (18 years of age or older) living in the United States whether they agreed with the main beliefs involved in the conspiracy. It found that an uncomfortably high 15 percent of Americans agreed with the statement that “the U.S. government, media and financial worlds are run by devil-worshiping pedophiles who conduct a global child sex trafficking campaign.”

This belief was prevalent among the One America News Network (ONAN) and Newsmax (18 percent), people who did not watch television news (21 percent), and those who believed in Fox who received their news from far-right news outlets. Percent). Republicans were much more likely to believe the statement (23 percent) than Democrats (8 percent). The second belief that was tested was that “soon there will be a storm that will remove the elites from power and restore the right leaders”. Republicans (28 percent) are more likely to trust Democrats (14 percent) than Republicans (28 percent), with 20 percent agreeing to the 20-member deal.

The divide among media consumers was also visible here, with more likely right-wing media followers (48 percent) agreeing with this statement and Fox News (34) percent) people who believe more than the national average. Perhaps the most worrying part of the survey was the small number of people who agreed with the statement that “since things have gone so far, true American patriots may have to resort to violence to save our country” (15 percent). Belief in the statement is once again biased and falls into the line of media-use.