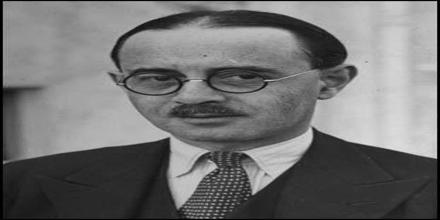 Harold Laski, British Political Theorist, Economist, Author, and Lecturer was born 30 June 1893 Manchester, United Kingdom. He was a prominent member of the British Labour Party who turned to Marxism in his effort to interpret the “crisis in democracy” in Britain during the economic depression of the 1930s. Laski briefly studied eugenics at University College, London, before entering New College, Oxford, in 1911. Laski was Britain’s most influential intellectual spokesman for Socialism in the interwar years. He was distrusted by the Labour politicians who were in charge, such as Prime Minister Clement Attlee, and never was given a major government position or a peerage. With a keen commitment to human liberty and equality for the working classes, he never resolved the tension between his support for liberalism and Socialism.