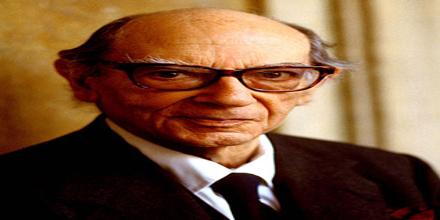 Sir Isaiah Berlin, Social and Political Theorist, Philosopher and Historian was born June 6, 1909, Riga, Latvia, (now in Latvia). He is regarded as one of the founders of the discipline now known as intellectual history. He was an essayist, conversationalist, raconteur, and lecturer. Berlin’s essay “Historical Inevitability” (1954) focused on a controversy in the philosophy of history. His essay Two Concepts of Liberty (1958) contributed to a revival of interest in political theory in the English-speaking world, and remains one of the most influential and widely discussed texts in that field: admirers and critics agree that Berlin’s distinction between positive and negative liberty remains, for better or worse, a basic starting-point for theoretical discussions of the meaning and value of political freedom. Berlin is also well known for his writings on Russian intellectual history, most of which are collected in Russian Thinkers (1978; 2nd ed. 2008) and edited, as most of Berlin’s work, by Henry Hardy.