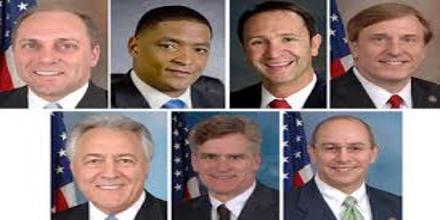 General purpose of this lecture is to present on Louisiana’s Congressional Delegation (2015). Senators: Each state elects two senators for staggered 6-year terms. Senators represent the entire state. The United States is divided into 435 congressional districts — 6 in Louisiana — each with a population of about 710,000 individuals. Each district elects a representative to the House for a two-year term. Representatives are also called congressmen/ congresswomen.