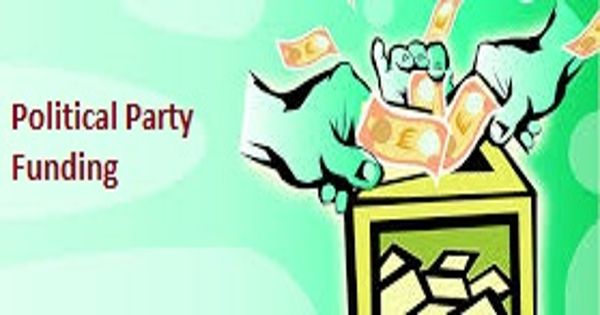 Money is the all-important oil that keeps the party machinery going. Political party financing can distort the electoral process and is a major motive for corruption in both developed and developing countries. Political Party Funding (PPF) is a method used by a political party to raise money for campaigns and routine activities. Although money is an important asset in politics, it can at the same time be a danger if not well managed or regulated; money can provide opportunities for abuse by the governing party as they are in control of public assets. The funding of political parties is an aspect of campaign finance.

The role of political party finance reform in the transition from dominant to competitive party systems. Political Party Funding is a method used by a political party to raise money for campaigns and routine activities.

Political parties are funded by contributions from multiple sources. With respect to the regulation of political party financing, there are a number of important questions that arise that the respective legal framework will have to grapple with. One of the largest sources of funding comes from party members and individual supporters through membership fees, subscriptions, and small donations. Political party financing refers to financial resources or money that is provided to political parties, in between or during elections periods, to cover different political activities such as electoral campaign costs and day to day functioning. This type of funding is often referred to as grassroots funding or support. Public and private financing is always complemented by a regulatory framework to foster accountability, transparency, to control corruption, and ultimately level the playing field and promote a healthy and competitive democracy.

Solicitation of larger donations from wealthy individuals often referred to as plutocratic funding, is also a common method of securing funds. Providing public financing for political parties is a mechanism to stimulate broader levels of diversity and bring different actors and groups into the political playing field, to strengthen democratic competition, to prevent corruption and any undue influence from private interests. Parties can also be funded by organizations that share their political views, such as unions, political action committees, or organizations that seek to benefit from the party’s policies. The pressures for corrupt financing in developing countries are related to the lack of legitimate sources of finance and to various anti-democratic party activities, such as vote-buying.

Political parties play a key role in democratic processes. They are critical to ensuring participation in political life, the expression of the will of the people, and serve a wide range of functions. In certain locales, taxpayer money may be given to a party by the federal government. The pressure on parties to raise money increases the power of interest groups and individuals to influence party behavior in exchange for financial support. This is accomplished through state aid grants, government, or public funding. The Political Parties Act, therefore, contains provisions governing the parties’ own funds as well as public funds. Additionally, political fundraising can occur via illegal means, such as influence peddling, graft, extortion, kickbacks, and embezzlement. Furthermore, it stipulates how the political parties have to state their accounts – a requirement which the Basic Law imposes on them.