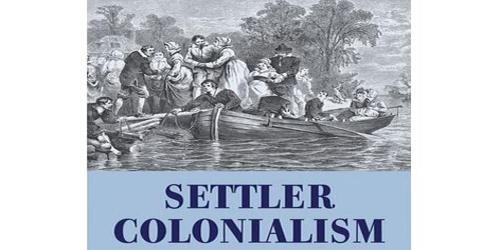 Colonialism as a concept has its roots in European expansionism and the founding of the so-called New World. Settler colonialism is an ongoing system of power that perpetuates the genocide and repression of indigenous peoples and cultures. This colonialism is a form of colonialism that seeks to replace the original population of the colonized territory with a new society of settlers. As with all forms of colonialism, it is based on exogenous domination, typically organized or supported by an imperial authority. The objective of settler colonialism is always the acquisition of indigenous territories and resources, which means the native must be eliminated. It aims to vanish Indigenous peoples and replace them with settlers.

Settler colonialism is enacted by a variety of means ranging from violent depopulation of the previous inhabitants, to more subtle, legal means such as assimilation or recognition of indigenous identity within a colonial framework. It includes interlocking forms of oppression, including racism, white supremacy, heteropatriarchy, and capitalism. Unlike other forms of colonialism, imperial power does not always represent the same nationality as the settlers. This can be accomplished in overt ways including biological warfare and military domination but also in more subtle ways; for example, through national policies of assimilation. This is because settler colonizers are Eurocentric and assume that European values with respect to ethnic, and therefore moral, superiority are inevitable and natural. The goal of settler-colonization is the removal and erasure of Indigenous peoples in order to take the land for use by settlers in perpetuity. Normal colonialism typically ends eventually, whereas settler colonialism lasts indefinitely, except in the rare event of a complete evacuation or settler decolonization.

Settler colonialism is a distinct type of colonialism that functions through the replacement of indigenous populations with an invasive settler society that, over time, develops a distinctive identity and sovereignty. It is generally discussed in terms of the one-way flow of British values, which overtake and repudiate the culture and history of the location in question. More recently, settler-colonial analyses have been extended to the use of settler colonization in larger imperial projects and the impacts of settler-colonial state power on global politics. Transnational and global studies of settler colonialism often give more importance to the histories of British emigrants rather than the indigenous peoples that were displaced.