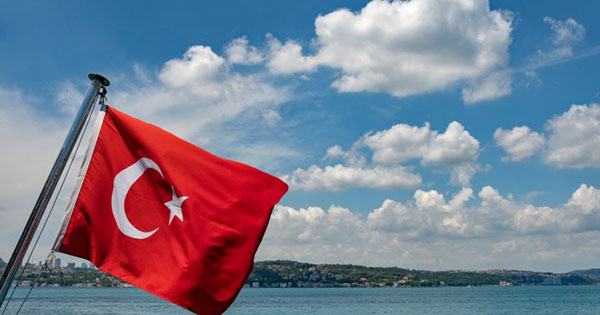 If you need some motivation to cut back on the booze this weekend, consider this: a man in Turkey went missing after a late-night drinking session with friends and ended up joining his own search party. On Tuesday night, Beyhan Mutlu, a construction worker in his 50s, was drinking with friends in Bursa province, northern Turkey, when he went into woodland at around 2:00 a.m. He claimed to the Turkish newspaper Sabah that he returned to his friend’s villa where he was staying. However, a friend became concerned about Mutlu’s whereabouts and reported him missing.

Beyhan Mutlu, who participated in the search for herself after drinking alcohol in Bursa’s İnegöl district, made headlines on the websites of the world’s leading newspapers with the headline “The Missing Turk joined the search team”.

Beyhan Mutlu, known to the world, broke her silence and told about those moments she lived. Expressing that he came from the Hamitler District of Bursa and worked in the Çayyaka neighborhood of İnegöl, Mutlu said, “We handled our business in İnegöl with my friend Mesut on the day of the incident. We also had alcohol with us when we came. Then we drank alcohol together. I left. We had alcohol in the summerhouse. I went to the other house to rest. My friend did not fully understand me. He was curious when he saw that I did not return. He informed the gendarmerie and the search and rescue teams. I slept around 1 am. I woke up at around 5 am. I went out. Search and rescue teams ‘ I said it was me, but they kept looking. They did not believe me. When my friend Mesut saw me, the situation became clear Output. In an instant, there was confusion. I joined the calls with them for more than half an hour. When they knew it was me, the teams smiled.”

Mutlu awoke around 5 a.m. after a few hours of sleep to find a mob surveying the area. “I believed there had been a car accident on the highway.” I accompanied them. I noticed that the teams are on the lookout for a missing person. I was also a member of the search effort. “It’s been a while,” he explained.

“They began calling me ‘Beyhan Mutlu.'” ‘Oh, that’s me,’ I said. “They examined my identification.’You are the missing individual,’ they remarked. You see, I have been a victim of pals. As if, it was a joke… I was lost, so I went looking for myself.”

The search team was apologetic, and Mutlu promised to take them out for pastries the next morning. Regrettably, they turned down the offer. Looking back on his adventure, Mutlu is astonished that his antics have gotten him international exposure, yet he does not appear to be going overboard with his 15 minutes of fame.

“I was taken aback. Something similar happened to us unexpectedly. “I’ve never witnessed anything like it in my life,” he told Sabah TV. “I always worked after the incident.” “I didn’t read any of the news.” “Greetings to the entire world,” he said, before adding, “I’m on the world’s agenda, but I’m not interested in the world.”