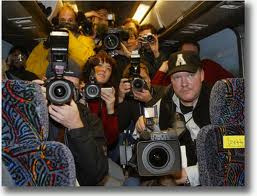 Women and News Media in Bangladesh

The news media are those elements of the mass media that focus on delivering news to the general public or a target public. These include print media(newspapers, newsmagazines), broadcast news (radio and television), and more recently the Internet (online newspapers, news blogs, etc.).In print media -‘There were quite a few women editors in the 19th and 20th centuries who braved journalism and published weekly, monthly, quarterly newspaper and magazines.’2 The first weekly magazine in Bengali edited by a Bengali Muslim woman, Begum Sufia Kamal “Begum” was published in 20 July 1947.Sufia Kamal and Jahanara Arzu jointly published “Sultana” in January 1949.These women did the job of editing or publishing with a passion and pastime. Women are started to journalism with a professional attitude since the 60s. 3 The first ever Bengali Muslim women who was involved with daily newspaper is Hajera Mahmud who worked in the Daily Ittehad. A recent report in a news daily reveals that more than 1500 working journalists in the city only 20 are female reporters.


In visual media from the beginning of BTV we have not seen any female reporter to cover a vital reporting like diplomacy, economics, court, parliaments news etc. As a media representative they don’t get any opportunity in foreign tour. Beside this in the subject of professions they face discrimination. Now a days many TV channel are getting exceptional role in female not only news presenting but also news reporting. Like ETV, there are some channels which are doing fantastic job in news sector. Here females are showing their skill effectively. Even they are focusing their expertness in overseas reporting or very sensitive reporting like crime. The contribution of the TV channel have changed our social norms and values about our female side. Now female, who are working in news media are excepted in any where of our society with respect.

So ultimately the relationship between women and media is an exercise in analyzing the aspect of politics of the state. Women’s representation in the media (both electronic and print) is indeed pitifully peripheral in Bangladesh. Women participate in media as professionals much less than men. Although more women are securing reasonably important offices in media, few actually understand or have internalized gender issues and their implications.5 Samia Zaman, News Reader of the then ETV mentioned, “Even in the 70s the women in western media had to fight continuously for their place. And even though as we are fighting for our place, women are seen as the glamorous touch, but we still have to prove our selves through our skills. Though women are working, there are so few in the policy and decision-making levels of the organization. This is truly sad, and those few women who are editors like Tasmima apa have also started their own magazines or newspapers rather than go up in the hierarchy step by step. We have to work to change this situation.


Although the number of women journalists has gone up in the last couple of years, their participation in policymaking level did not increase. The Gender in Media Forum organised the seminar on ‘Gender, Rights and Media. Women journalists on several occasions have proved that they can do the same job as their male counterparts, but they often do not get the opportunity to cover important events, of the Press Institute of Bangladesh. Fifty percent of stories on women published in the newspaper are related to different forms of violence against them, calling on the media to carry more positive news on women. News of empowerment of women in different sectors should be highlighted to encourage more women to come forward to contribute to development of society.

During the past decade, advances in information technology have facilitated a global communications network that transcends national boundaries and has an impact on public policy, private attitudes and behavior, especially of children and young adults (both male and female). Everywhere the potential exists for the media to make a far greater contribution to the advancement of women.7 The BPFA (Beijing Declaration and Platform for action) has identified 12 critical areas of concern at the global consensus in 4th World Conference on Women 1995 amongst which was “Women and Media”.

Official governmental reviews submitted to the UN and NGO reports indicate that there has an increase in the number of omen entering media organizations at the professional level and there has an increase in the percentage of women students graduating from journalism and mass communications courses. The women and media situations in both Asia and Latin America regions conform to this trend.


Women in Media & News has built an invaluable resource in the Power Sources Project. Through it, I am always able to locate articulate, critical female voices for both edgy and everyday topics. The time sensitivity of WIMN’s services, combined with the quality of the experts, make a powerful one-two punch for journalists looking to diversify their stories. The Television News Agency is a joint collaboration between the Washington, D.C.-based International Center for Journalists and the Dhaka-based Bangladesh Centre for Development Journalism and Communication.

Women in media rarely known to have risen to the position of decision-making, except for a few examples. Among all the leading dailies, gender issues are rarely addressed. However, as the issue crop up, the assignments are done instantaneously without having a guideline or briefing. Perhaps women issues owe their precarious treatment by the media, to the aloofness or bias of the decision-makers with the issues. The few women reporters, who have overcome their inhibitions, while working on challenging beats, resolve their problems with their colleagues. The male colleagues, albeit, are usually sympathetic to their female equals.

The assignment on gender issues in newspapers is usually given to female journalists if the organization has any in the team. It is quite common that women journalists lose interests in the beat and soon skepticism takes over, mostly due to realization that neither can they promote the issue nor themselves. The occasional attention to women’s issues suffers due to the absence of appropriate policy guidelines.

During various international Days like Women’s Day etc., the issues get an occasional highlight in the media. The whole perspective could have been different if more women were involved in the decision-making panel. Drawing attention of the policymakers to the praxis that women’s empowerment is strongly connected with development issues could have been easier. The pressing poverty, the absence of basic requirements for the general public, the sustainability of all development are interconnected with gender empowerment. If we take lessons from the developed world what we see is an open horizon for equal opportunity.

The retarding factors- dropping gender participation- have barely been addressed in the configuration of the media. All newcomers, for that matter, require training, some in the form of apprenticeship, for which there is no fix curriculum or guideline to follow. Only few available programmes are the occasional donor sponsored training programmes of the press institutes, besides the university offered courses.

Gender equality in print media can effectively help lower disparity in terms of gender empowerment. Despite the recent trend, many newspapers still have a lower proportion of women journalists. Some newspapers have no female journalist in their office at all. One of the leading English dailies in Dhaka has only two lady reporters as opposed to twenty-five male and fifteen women in the house of one hundred working journalists. In another house, except for some female presence in the computer section, there is no woman journalist. In most of the Bangla dailies, of course, women are either working in the feature sections or at the desks.

They prefer feature or desk to reporting, essentially because reporting involves enormous amount of risk and hassles during the assignments, and also requires working till late. Actually in most cases the ratio of women to men is regrettably low. The situation is undeniably detrimental especially considering women’s place as political leaders and front-liner in policy making.

Yet penalty of the social taboos and conservative values, confining women within the four walls, are gradually phasing out minimizing the dredging disparity of gender balance also in media. The city women are increasingly inclined towards journalism as a career.

Yet the in-house environment in the media still requires being more women friendly in terms of its amenities and approaches.

Women journalists, nonetheless, are generally employed here without any prior advertisement and the job is offered usually through personal contacts. Qualified journalists can easily lose their jobs and remain jobless for very long. Another trend observed in recent years is that media employers look for new hands rather than experienced ones, only to avoid paying more (wage board). The new hands are only paid a provisional amount as apprentice and by the time she qualifies to get wage board (if she can survive the time) it has already been two to three years.

On the contrary, competence in women is usually dreadful. In addition, media, instead of eliminating the problems, ensures security of its female members by keeping them away from competitive beats. They remain obviously isolated and unable to avail corresponding opportunity. While social taboos are breaking down in urban areas, rural women remain in the clutches of patriarchal repression, despite contributing more than their male counterparts. If newspapers recruit more of their muffasssil (rural) correspondents from among eligible women, women’s issues in the villages will also highlight.

Backwardness of women in journalism, both print and electronic, is commonly ascribed to lack of security. Despite strong soliciting on the need of gender empowerment in media, print media still falls behind while electronic media evolve with a difference.

The emerging electronic media in the country has altogether a different story to tell. Suddenly, there is a dynamic presence of female faces on the screen competing with their male colleagues. The competing electronic media in the country is a new phenomenon started about three/four years back with three private channels, besides BTV, (state owned). News alone in these channels has more, if not equal (to the male), female reporters. The electronic media, nonetheless, transpire a new scenario, a phenomenon of gender empowerment deriving through the clear voices of women journalists interviewing the finance minister or other dignitaries visiting Bangladesh or highlighting other important issues.

As we all know, in South Asia, a woman in the family is either the father’s, the brother’s or husband’s and it is quite common to even decide her career for her. The difference today is the economic pressure bringing changes in social outlook. The euphoria of the market economy has made gender empowerment an imperative.