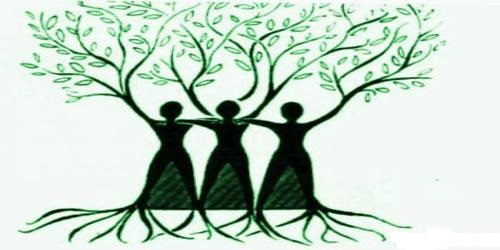 Gender empowerment is the empowerment of people of any gender. It has been one of the widely discussed issues in the discourse of development of a country. Social, educational, economic, political, legal etc. are the various components of empowerment. Empowerment of women in the real sense can by no means be achieved without establishing the rights to make decisions about their own life. Effective political participation and decision making process enhances both status and power of women that is political participation of women. Political empowerment of women is vital as it shapes the decisions which affect their lives. While conventionally being reduced to its aspect of empowerment of women, the concept stresses the distinction between biological sex and gender as a role, also referring to other marginalized genders in a particular political or social context.

The Millennium Development Goals, or MDGs, are an integrated set of eight goals and 18 time-bound targets for extending the benefits of globalization to the world’s poorest citizens. The goals aim to stimulate real progress by 2015 in tackling the most pressing issues facing developing countries – poverty, hunger, inadequate education, gender inequality, child and maternal mortality, HIV/AIDS and environmental degradation. UNDP helps countries formulate national development plans focused on the MDGs and chart national progress towards them through the MDG reporting process.

In most developing countries, gender inequality is a major obstacle to meeting the MDG targets. In fact, achieving the goals will be impossible without closing the gaps between women and men in terms of capacities, access to resources and opportunities, and vulnerability to violence and conflict.

Millennium Development Goal 3 is ‘to promote gender equality and empower women’. The goal has one target: ‘to eliminate gender disparity in primary and secondary education, preferably by 2005 and to all levels of education no later than 2015’. Four indicators are used to measure progress towards the goal: the ratio of girls to boys in primary, secondary and tertiary education; the ratio of literate women to men in the 15-to 24-year-old age group; the share of women in wage employment in the non-agricultural sector; and the proportion of seats held by women in national parliaments. The existence of a separate goal on gender equality is the result of decades of advocacy, research and coalition-building by the international women’s movement. Its very existence demonstrates that the global community has accepted the centrality of gender equality and women’s empowerment to the development paradigm – at least at the rhetorical level.

Yet the gap between rhetoric and reality persists: the 2005 primary and secondary school parity target will likely be missed. But even if it were achieved, it is hardly sufficient to ensure the full participation of women in the political and economic lives of their countries. Much more is needed: full reproductive health rights and access to services, guarantee of equal property rights and access to work, affirmative action to increase political representation, and an end to violence against women and girls. To realize the MDGs, governments and their partners must seriously and systematically ‘engender’ efforts to achieve all the goals. But today, the gender focus is largely limited to the gender equality, maternal mortality, and HIV/AIDS goals – leaving out critical development issues such as the feminization of poverty, the preponderance of female-headed households among the hungry, and the lopsided impact of environmental degradation on women (particular in terms of time spent gathering fuel and hauling water).

Gender experts and advocates have suggested several concrete ways to make the MDG implementation and reporting process more gender sensitive. Two complementary approaches include adding targets and indicators to Millennium Development Goal 3 (on gender equality and women’s empowerment), and disaggregating the targets and indicators for the other goals by gender. Both deserve UNDP support.

The UN Millennium Project Task Force on Education and Gender Equality’ suggests that national government add additional targets, beyond the education target, under the gender equality and women’s empowerment goal. Recommended targets include:

The task force also suggests that national governments add additional indicators for tracking gender towards the gender goal. Their recommendations include:

DFID has defined women’s empowerment as ‘individuals acquiring the power to think and act freely, exercise choice, and to fulfill their potential has fallen equally to members of society.’ Following UNIFEM DFID includes the following factors:

Women’s empowerment is therefore more than simply marginal increases in incomes: it requires a transformation of power relations. This means that enterprise development must take into account not only income levels, but also power relations within households, markets, communities and national and international economies.

The empowerment of women, central to effective development, has many elements- facilitating women’s access to information, education and skills training, income, support from other women, and development of strategies for addressing their concerns and working with others. Supporting the development of partner organizations’ capacity is also important.