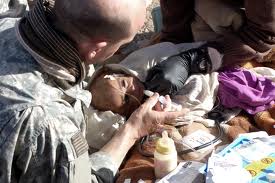 Severe Acute Malnutrition and its Determinants among Children

It is the science of food, the nutrients and other substances within food, their actions and interactions and balance in relation to health and disease.

Malnutrition includes a wide range of clinical disorders resulting from an unbalanced intake of energy, protein as well other nutrients. It can present as under or over nutrition.

Protein-Energy-Malnutrition is a clinical syndrome present in infants and children as a result of deficient intake and/or utilization of food.

A child below minus two standard deviation (-2SD) from the reference median for the weight-for-height is considered to be too thin for his / her height, or wasted, a condition reflecting acute or recent nutritional deficiency. If the child is below -3SD, wasting is considered severe. It is closely link to mortalityrisk.

Height-for-age is a measure of linear growth. A child who is below -2SD. From the median of the WHO reference population in term of height-for-age is consider stunted, a condition reflecting the effect of chronic malnutrition. Data collection Method Children will be enrolled from admitted patients during the period between April 2013 to July 2013. A structured investigation administer questionnaire (proforma) will be used to obtain information from the children’s mother.  For each child, a detailed history, age, sex, nutritional status, birth history, immunization status, socio-demographic, maternal education, economic history like family income of parents will be recorded and anthropometric measurements will be done subsequently. Facilities available at the place of study: Dhaka Shishu Hospital is a 600 bed tertiary care hospital in Bangladesh providing care of children for all over Bangladesh. All equipment is readily available to collect data. Infantometer, stadiometer and flexible, plastic measuring tape with a width of 1 cm and subdivision of 0.1 cm will be used to measure length or height of a child and mother. Baby scale, Bathroom scale or digital weight machine (DETECTO MB 130, 10/20 kg d=5/10 gm) will be used for weight measurements of child and mother. Data management and analysis Collected data were checked, verified and compiled to maintain validity of contents of data. The Anthro 2005 software of WHO will be used for calculating Z-score. SPSS version 17 will be used for analysis where p value less than 0.05 will be taken as a significant value. Descriptive statistics along with necessary statistical interpretations will be made with the data Ethical issues Informed written consent will be taken for this study. Procedure will be discussedwith the guardian. Confidentiality will be maintained and participants can withdraw their names any time from the study Clearance will be taken from the ethical review committee of Dhaka Shishu (Children) Hospital.