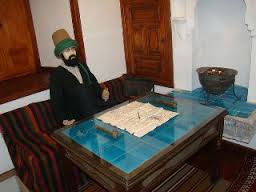 Section  2(1) the Musslaman Waqf Validating Act, 1913, defines waqf as under:

“Waqf means the permanent dedication, by a persons protesting mussalman faith, of any property for any purpose recognized by the mussalman law as religious, pious or charitable.”

The Muslim jurists have also defined waqf almost in the same world.  Abu Yusuf and Imam Muhammad defined waqf in the following words:

Waqf is permanent dedication of specific things in the implied ownership of god whence the appropriations rights s extinguished and it become the property of god for the advantage of this creature. According to his jurists, Waqf is a religions Act the effect of which is to tie up the corpus or substance of things and to leave its usufruct free.

Those which are dedicated to the public at large having no restriction of any kind regarding its use: for example, constructing wells, roads, etc.

Those which are partly public and partly to private for the benefit of a particular individual or class of individuals which may be the settlors family.

Those which are for the benefit of private individuals including the settlers family or relation. Such a waqf is termed as waqf alat aulad.

i. Perpetuity-In a waqf the property is settled permanently so that its retract is always available for an identifies period. There can not be waqf for a limited period.

ii. Non transferability-When a waqf is created, the property vested in the implied ownership of god. The result is that its property becomes non transferable. Even according to Abu Hanifa, who holds that property does not vest in god, the founder has no right to transfer the waqf property.

iv. Absoluteness -The settlement of the property in waqf is unconditional and absolute. A conditional on contingent waqf is void.

v. Religions or charitable use of usufruct -The produce and benefits of the waqf property are utilized only for such purposes which are recognized as religions, pious or charitable under Muslim law.

Essentials of a valid Waqf

Who can make a waqf

The person who constitutes the waqf of his properties is called the founder of waqf or waqf. The waqf must be a competent persons at the time of dedicating the property in waqf for being a competent waqf a person must possess the capacity as well as the rights to constitute the waqf.

a. Capacity to make waqf:

Every Muslim who is of sound mind and has attained the age of majority, has capacity to constitute a waqf.

In other words a regards capacity of a Muslim for making a waqf the are only tow requirements.

A person of unsound mind has no capacity to create any waqf because he or she is incapable of knowing the legal consequences of the transactions. Waqf constituted by an insane prison is void. The waqif must also be adult. For the purpose of making waqfs the age of majority is eighteen years (on twenty one years it the mains is under supervision of courts of wards). Thus, a person below the age of eighteen years on twenty are years as the every may be is a minor and has no capacity to constitute any waqf. Waqfs constituted by minors are void ab initio and can not be validated by any subsequent notification. They guardian of a minor can not make any waqf on behalf on the minor. Waqfs constituted by guardian’s ob behalf of minor are void ab initio.

That is to say, the waqf must have been made with free consent6 of its founder. Where it is proved that waqf was constituted under compulsion, under influence, coercion, force etc. The waqf is void.

The subject of waqf under waqf Act may be “any properties”. A valid waqf may, there fore, be made only of immovable property, but also of movables, such as shares in joint stock companies government promissory notes and even money.

The following are valid objects of a waqf

The above doctrine is applicable to waqfs also. Thus it from change of circumstances and lapse of time or for some others proper reasons, it has become impossible to apply the property of the waqf is the manner directed by the waqf, the court may apply for similar purposes by different means nearly as possible, to the original intentions of the guarantor or for the benefit of the poor by various means and it is also the power to very the scheme accordingly.

In Sulebhai v. Bai Safiabu,[13] their lordship held where the testator has indicated a general charitable intention in the bequest made by him, and it these bequests fail, the court can devote the property to religions charitable purposes, according to the cypress doctrine.

In Kulsoom Bibee v. Chaulam Hussain,[14] it was held that where the clear intention is expressed in the instrument of waqf, it will not be permitted to fail become the objects, it specified, happen to fail, but the income will be applied for the benefits of the poor or as near as possible to the objects which failed.

When the creation and validity of a waqf are subjected a contingency, It becomes void. For example, if the waqf is made Contingent on the death of a person without leaving children, it will be void. similarly if a Mohammedan lady creates a waqf for herself and her children, and provides that the children should take possession of property on attaining majority and the event of her death without leave children, the waqf income should be devoted to certain religious usages, it was held that the waqf was void, it is depend upon a contingency, namely, the event of her death without leaving children. The waqf should also not be conditional. Thus, if a condition is imposed that when the property dedicated ins mismanaged, it should be divided among the heirs of the waqif, or that the waqif has a right to revoke the waqf in future, such waqfs would be invalid. But a direction to  pay debts, or to pay for improving, repairing and or expanding the waqf property or conditions relating to the appointment of mutawalli, etc. Would not invalidate the waqf.

The powers of appointment can be exercised only when there is no one appointed under the term of the deed of waqf and when the right of any peons to act as mutawalli is disputed, provided, of course, their is an existing vacancy in the office of the mutawalli of the waqf. Such appointment shall be made for such period and on such condition as the board may think fit, is indicative and suggestive of the fact that it is not a regular appointment of the muttawalii that is contaminated by section 42 of the waqf act. There is no provision in the waqf act for appointing a person as mutawalli under section 42 of the waqf act it there is a successor named in the waqf deed.

Who can appointed as Mutuwalli

A mutuwalli can be appointed by the following in the given order:

b. His executor: Should the waqif die without making any express appointment, the power of appoint a mutawalli devolves upon lies executor

c. By the mutawalli: A mutawalli can appoint his successor under very restricted conditions, which are as  follows-

ii.         Waqif deed is silent on the point of succession of mutawalliship

Powers and functions of Mutawalli

The mutawalli is manager of the waqf property. His primary duty is to preserve the property like this own, but to manage and spend it like a servant of God. As discussed earlier a mutawalli is not owner of the waqf property, the property vest in God, not in him. Although his functions are similar to that of a trustee under the Indian trust Act, 1882 yet, the not a trustee is its technical senses unlike a trustee, the property close not vest in mutawalli. The mutwalli simply holds the office as manager of the property. But, he is not allowed to manage the property at his own choice. He has to administer the property strictly according to the object and direction laid down by the founder. He has no right to spend the benefit of waqf for purposes which may be religious or charitable according to him but are not specified as objects or the waqf.

Power of mutawalli to sell or montage

A mutalwalli has no power, without the permission of the court, to mortgage, sell or exchange waqf property or any part there of unless he is expressly empowered by the deed of waqf to do so.[20]

Removal and new appointment of Mutawalli

If a mutawalli is incapable of carrying on the duties of a mutuawalli the court shall have the power of removing him on reasonable grounds. At the time of appointing a mutuwalli, however, the court as far as possible shall have to the wishes of the creator of waqf and shall appoint as for as possible, a suitable person as mutuwalli from the family of the waqif.