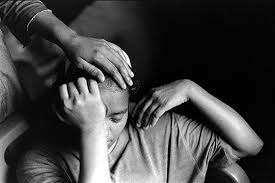 Acts of Violence Against Children in 2001

Acts of Violence against Children in 2001

Children in Bangladesh are subjected to violence in the forms of sexual and physical abuse in many aspects of their lives. In 2001, there were 7 young domestic workers injured by their employees, 3 were raped and 4 killed . Eight year old Zahirul of Khagrachari was beaten by his employer for eating a piece of cucumber without permission. A fifteen year old girl accidentally let her employers child fall off her lap. She was punished with hot oil being poured over her . Then there are types of gross physical and sexual abuse which are reserved almost exclusively for girls. These include physical torture, rape and dowry-related violence and sometimes heinous attacks with acid and other corrosive substances. 14 year old Poppy in Narshingdhi was a victim when her husband threw acid on her over dowry demands. Not only is she scarred for life, she is a victim of child marriage, illegal in Bangladesh . Sexual abuse of children and adolescent girls is a growing problem, but this remains largely hidden due to the stigma attached to the victims of such offences. Newspaper reports of such incidents show that girl children are lured away by the promise of chocolates, biscuits, to play games, watch television or they are ambushed and raped while going to or coming from school or the lavatory. In 2001, a total of 356 cases of rape were documented from the newspapers where the victims were under 16 years of age.4

Acts of Violence against Children in 2001*

Using children for political activities and for trafficking arms and drugs

The members of political parties and other vested interest groups have been using a large number of children (mostly street children) for different violent activities that include throwing bombs / bricks at police and cars and on the processions of opposition parties. Using children as carriers of arms/ ammunitions, narcotics are also common practice in recent times. In 2001, Bangladesh Shishu Adhikar Forum (BSAF) and Aparajeo Bangladesh jointly carried out a study on ‘Using Children in Carrying Arms and other Illegal Activities’. A total of 16 children were interviewed who had been engaged in such activities. The findings of the study showed that people like local political leaders, student leaders, leaders of the transport workers unions, members of the local clubs and musclemen usually use children for illegal activities. The activities include attacks on political opponents, occupying slums/illegal lands, trafficking drugs, collecting tolls from contractors, snatching, pick-pocketing etc. The amount of payment varies from case to case (ranging from 50 taka – 1000 taka) depending on the importance of the incidents. Besides, these children feel proud becoming a part of terrorist groups, which gives them additional ‘honor’ in the locality they live in and a sense of security. Children are more aware than the adults about the risk of getting involved in such activities, however, they usually do not care about the risks. According to the children, some of the main risks they face include the chance of being beaten by the police, ending up in jail, severe injury, receiving abuse and/or physical torture in case of failing the mission etc. Many children have already experienced some of these risks. Usually children are not aware about the long-term negative impact on their lives due to their involvement in such illegal activities.

Steps by the Government to ensure the Safety of Children

The most important step made by the Bangladesh government towards national law and policy with regards to the United Nations Convention on the Rights of the Child, has been the formulation of a National Policy on Children in December 1994. The principle objectives of the policy are to formally harmonize all child development activities in the country with the provisions of UNCRC. It declares six general commitments.

• Ensuring the best interests of the child; and

• Protecting children’s legal rights and thus protect them from discrimination.

It was followed by National Plan of Action for Children 1997-2002 which was adopted in November 1998, designed especially to continue the implementation of the UNCRC in Bangladesh.

Under Article 19 of the UNCRC, children have a right to protection from violence, injury, abuse, neglect, maltreatment of exploitation while in the care of parents or anyone acting in their place. Both physical and mental forms of abuse and maltreatment are included, and sexual abuse is specifically mentioned. The duty of the ratifying State to protect children from sexual abuse in all its forms is also stated in Article 34, (for example by using them as prostitutes). This includes action to prevent children being persuaded or forced to take part in illegal sexual activity. A failure to uphold these rights is likely to involve the violation of other rights, in particular, the right to education and to rest and leisure (Article 31). Article 37 guarantees protection to children against torture and other cruel, inhuman or degrading treatment. Where a child has suffered physical or psychological damage as a result of abuse, maltreatment or torture, ratifying State must take steps to aid the child’s recovery and social reintegration (Article 39). Bangladesh became a signatory of the UNCRC.

Who are the girl children?

In order to design any policy, the first step is to clarify our framework. I propose to define girl children as a socially constructed category around female persons between 10 and 18 years. Childhood is built on the cross road with other identities we have as individuals. Ethnicity, class, nationality, family environment, sexual orientation, occupation, and other features, such as if they live in a violent environment, if they are deprived of

freedom, if they are disabled persons, if they are from western or eastern hemisphere; these are identities whose interconnection will place these girls in a situation with more or less access to their human rights. Hence, public policy should take these differences into consideration since these policies will affect unequally girls who are in different situations. Despite all these differences, in common all girls have to be under an adult’s supervision. For this reason our analysis should be thought of from the intergenerational perspective. Furthermore, it is necessary to think of girls as the subjects of rights and not only as an object of protection. They could be in vulnerable situations but the approach must be necessarily be made from that of respect for a human being and not from the victim perspective.

outside it. Participation is a process and at the same time an end which brings empowerment as a positive consequence. We have to recognize different ways of children participation, like arts, class representative, songs lyrics and graffiti. Promoting girls participation in collective activities must be one of our objectives. The challenge of the adult world consists of decoding demands expressed in different languages by children and translating them into public policies destined to satisfy those demands.

United Nations: From paper to practice

Regarding United Nations reform, it is necessary to establish its identity again as an organisation which defends all human rights of everyone. Governments must be held more accountable when they do not fulfil agreements. Besides that, it is urgent to reinforce institutionally women’s rights and other subjects in the UN agenda. Lastly, we 16 need to transform the UN into a coherent and integrated organization with a strong political proposal for the human rights framework. The Convention on the Rights of the Child (CRC), the Convention on the Elimination of All Forms of Discrimination against Women (CEDAW), the Fourth World Conference on Women, the International Conference on Population and Development (ICPD), the Millennium Development Goals (MDG’s) gave an international juridical framework of reference to the fight for the individual’s human rights. Regrettably, in Latin America, structural conditions (external debt, negative effects of structural adjustment policies) added to the lack of political will, have limited their implementation. At the same time, conservatism has caused conference reviews to focus more on what has already been agreed to rather than moving forward on commitments already made by States I believe we cannot delay the national and local implementation of the nineties agenda, especially that of CEDAW, the Beijing Platform For Action of the Fourth World Conference on Women and the Plan of Action of the International Conference on Population and Development. Without any doubt the implementation of these agendas

are fundamental pillars to eradicate poverty, gender inequality and to decrease the rate of child and maternal mortality, in one phrase: the achievement of MDG’s.

1. Eliminating discrimination and violence against girl children has been on the international, regional and national agendas for over a decade. Notwithstanding, girls continue to be discriminated against because of their sex and are exposed to many forms of violence. This Expert Group meets to share experiences on both successes and failures in addressing all forms of discrimination and violence against the girl child, with a view to providing policy recommendations for governments, the United Nations and other stakeholders. Highlighting factors that have impeded progress in achieving the standards already set, and identifying ways to address them, will be part of this evaluation of experiences. The meeting will focus on certain defined areas such as protection of the girl child, especially in the context of HIV/AIDS and armed conflict, the empowerment of the girl child, and

institutional arrangements for the elimination of discrimination and violence. The present paper will outline issues for discussion at the meeting within this overall framework.

2. This paper draws on the extensive material available on the situation of the girl child in Asia and Africa. Discrimination and violence are experienced by girl children in all regions but the scope of the problem is different. In general, the prevalence of stereotypical social values regarding girls and denial of access to justice and remedies, particularly for male violence, are common problems. The definition of the girl child used in this paper will be 0-18 years, the general standard contained in the Convention on the Rights of the Child (CRC).