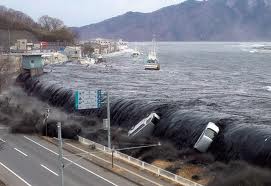 Impact on Bangladesh of Earthquake and Tsunami in Japan

Impact on Bangladesh of Earthquake and Tsunami in Japan:

For the destruction of Japan’s economy Bangladesh also faced some problems. Japan-Bangladesh both have a friendly relation. Now the impact on Bangladesh is described bellow-

Cellular and landline phone service suffered major disruptions in the affected area. On the day of the quake, American broadcaster NPR was unable to reach anyone in Sendai with working phone or Internet. Internet services were largely unaffected in areas where basic infrastructure remained, despite the earthquake having damaged portions of several undersea cable systems landing in the affected regions; these systems were able to reroute around affected segments onto redundant links. Within Japan, only a few websites were initially unreachable.