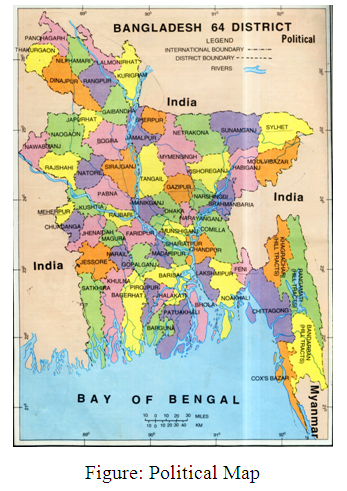 When people began to observe the earth from a scientific philosophical point of view, they began to view things differently, and their maps reflect the change. This occurred both in the western and eastern worlds. The maps of primitives people of recent times have been studied, and the evidence suggests that map making is a common and well developed skill, albit with major difference from the maps made by more advanced groups. All peoples seem to develop an appreciation of the spatial distribution of topographic phenomena and employ whatever materials are at hand to represent vital matters such as routes and hunting grounds. Now we known more about map:

The History of Map Making:

The history of map making is a record not only of the human struggle to understand the environment from the immediate surrounding to the whole earth but it also reflect peoples attitudes, beliefs and priorities at various time.

No one knows when the first cartographer prepared the first map, which was no doubt a crude representation of locations drown in soft earth or sound or scratched on a rock. Perhaps the oldest authentic map that survive is a clay tablet nearly 5000 years old showing mountains, water bodies and other geographic features in Mesopotamia.

The map may be defined as the representation of the earth pattern as a whole or a part of it, or of the heaven on a plane surface, with conventional sings, drawn to a scale and projection so that each and every point on it corresponds to the actual terrestrial position.

Now we can see it by a figure-

By tradition in the field of cartography, the word “Map” has acquired some common constrains that are significant.

A map is usually made on a flat surface. One important exception to this that the representation on a globe is also called a map, even though it is curved.

A map can show only a selection of geographical phenomena that have been some how generalized. Recently it has become common to convert spatial phenomena to digital form and store the data on tapes or discs. The stored geographical information is referred to as a data bank is itself a form of map.

There are some basic elements of map. They are-

Scale- Scale is important things to making a map. The relationship between reality and the representation is usually referred to as “Scale”

Projection- The frame work of the map is based on the way how the graticule, the longitudinal and latitudinal network is prepared. This depends on the position of the area on the earth surface and also on projection.

Conventional sign- The perfection of conventional sings has made it possible to compress maximum of information in the minimum of space. Every symbol, sing and letter which has been adopted for representing topographic forms conveys a definite meaning, so the map become a kind of code which cannot be fully interpreted without a complete knowledge of the conventional signs.

Because there are so many different kinds of map, it is useful to classify them. We can classify map from three points of view-

All maps are representation of reality. The dimensions of reality must necessarily be reduced to the proportion that will accomplish the objectives and serve the function of the map. The proportion or ratio between the map dimensions and those of reality is called map scale.

According to scales maps may be classified as follows-

The topographical maps are prepare on a fairly large scale and based on precise surveys. It shows general surface features both natural landscape and cultural landscape.

The term cadastral is derived from the French word “cadestre” meaning register of territorial property. The map which is drawn to register ownership of landed property by demarcating the boundaries of field and building is called cadastral map.

Principal use of cadastral maps is to provide a basis which to assess takes.

The city plan maps may also be indeed in this category.

Wall maps are generally drawn badly so that they may be used in the class room. The world as a whole or in hemispheres is distinctly represented on the wall maps. Wall maps may also be prepared for a continent on country, large or small, according to need. Their scale is larger than atlas map.

The atlas maps are drawn on a very small scale and give a more or less highly generalized picture regarding the physical, climatic and economic conditions of different regions of the earth.

We divide maps into classes based on their communication objectives. The two classes to maps are called-

General maps are those in which the objective is to portray the spatial association of a selection of diverse geographical phenomena. Things such as roads, settlements, boundaries, elevation bodies of water typically chosen to be portrayed on general maps. General maps that are also large scale maps are usually called topographic maps.

Thematic maps are quite different from general maps. Thematic maps concentrate on the spatial variation of a single phenomena or the relationship between phenomena. In thematic maps the communication objective is to portray the structure of distribution, that is, the character of whole as consisting of the interrelation of the parts. There is no limit to the subject matter of the thematic maps.

Now we describe about some thematic maps-

®              Climatic Map- The weather map denotes the average condition of temperature, pressure, wind and precipitation over a short period, which may range from a day to a season.

®              Cultural Map- Cultural pattern signed over the surface of the earth are represented on the map, are called cultural map. ®              Economic Map- The map showing the distribution of agriculture, mineral and industrial products, with important centers linked by various means of communication may be termed economic map.

®              Physiographic Map- In this map the features marked on the map exactly correspond with those on the earth surface. Basis of Subject Matter and Function

It is useful also to group maps on the basis of their subject matter and function. A large group of maps designed to aid the navigation is given the general name of chart. There are various kinds of chart, such as those used by the mariner at sea called nautical charts and those use by the navigator of aircraft called aeronautical charts. Because they are use for plotting positions and establishing bearings and courses, chart must be frequently revised so as to be as nearly up to date as practible.

There is no limit to the number of classes of maps that can be created by grouping them according to their dominant subject matter.

Maps of the whole earth indicate generalization and relationship of broad earth patterns with which we may intelligently consider the course of past, present and future events. A large map of a small region, depicting its land forms, drainage, vegetation, settlement patterns, roads, geology or a host of other detailed distribution, makes available knowledge of the relationship necessary to plan and carry on many works intelligently.

Now we describe some uses of map-

For personal observation maps are true guides not only to geographer but to other individuals too. They are useful guide them to destination without their being under the necessity of enquiring about it from other local persons.

In military during operations, maps render much help by indicating various routes and possible enemy’s position.

The government badly need maps for administrative purposes. Besides, maps are useful for planning and conservation of natural resources of a country.

The perfection of conventional sings has made it possible to compress maximum of information in the minimum of space. Every symbol, sing and letter which has been adopted for representing topographic forms conveys a definite meaning, so the map become a kind of code which cannot be fully interpreted without a complete knowledge of the conventional signs.

Mental spatial images are maps in that things are positioned in relative location, but such maps are unique to each individual. If one person were to describe a mental map to someone else, we may assume that the description would evoke a more or less similar image if all conditions were favorable.

The main philosophy behind map in nearly 5000 years old was to recover poverty lines after the annuals flood.

So there we can say that the main philosophy behind map is represent the earth surface and its maximum resources, climate for man kind. It also give direction to discover things.

The geographer, preeminently as well as planner, historian economist, agriculturalist, geologist and other working in the basic science and engineering, long ago found the map to be an indispensable aid.