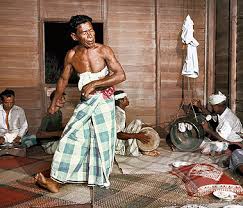 Medicinal Plants And Kavirajes In Bangladesh

Rationale of the Study:

Bangladesh is a developing country with the majority of population residing in rural areas lacking proper access to modern medicinal facilities. Folk medicinal practitioners (Kavirajes) form the primary health-care providers to the vast majority of rural population as well as a substantial number of the urban population, who cannot afford the price of allopathic medicines. Since the medicinal plants used by the Kavirajes can differ widely even between adjoining areas, it was the objective of the present study to conduct an ethno-medicinal survey among the Kavirajes of several villages randomly selected from Ishwardi of  Pabna district (under Rajshahi Division) in the northern part of Bangladesh. The survey was conducted with the help of a semi-structured questionnaire and the guided field-walk method. Plant specimens, as named and pointed out by the Kavirajes, were collected together with information on formulations and dosages. All plant specimens were collected and dried in the field and identified at the Bangladesh National Herbarium. Information on a total of 80 plants distributed into 48 families was obtained from the Kavirajes. The Apocynaceae family was the major contributor with 7 plants, followed by Euphorbiaceae family with 6 plants, the Lamiaceae family with 4  plants, Araceae, Combretaceae, Solaneceae and Verbenaceae family with 3 plants, Acanthaceae, Malvaceae, Moraceae, Menispermaceae, Rutaceae, Fabaceae, Cucurbitaceae, Asteraceae, Maliaceae, Piperaceae, family with 2 plants each; and the rest of 31 plants are of individual family – Phyllanthaceae, Amaranthaceae, Poaceae, Magnolinaceae, Commelinaceae, Scrophulariaceae, Asphoclelaceae, Rubiaceae, Liliaceae, Mustelidae, Vitaceae, Aristolochiaceae, Myrtaceae, Capparaceae, Annonaceae, Oxilidaceae, Costaceae, Malpighiaceae, Lythraceae, Sapotaceae, Cyperaceae, Crassulaceae, Nyctaginaceae, Asparagaceae, Oleaceae, Bignoniaceae, Cleomaceae, Hypoxidaceae, Mackinlayaceae, Sterculiaceae and Menispermaceae. Leaves formed the part of the plant most frequently used (25.6%), followed by roots and whole plants (8%) then fruits (7.2%) and bark (6.4%). The glue and whole grass was the parts least used, being only 4.0%. In other cases various combination of different plant part is used. An interesting feature of the Kavirajes of this particular village was the use of motha (rhizomatous base) for treatment purposes. Motha use constituted 3.2% of total uses. The use of plants was most for gastrointestinal disorders (30 citations); followed by respectively, skin problem (26 citations) weakness and sexual disorders (17 citations) respiratory tract disorders (16 citations). Heart disorders were treated with 2 plants, and hepatic disorders were treated with 7 plants. Among other notable ailments treated by the Kavirajes were menstrual problems, urinary problems, fever, skin infections, leprosy, blotch, pain, stones within the kidney and gall bladder, snake bites, anemia, rheumatism, bone fractures, hair loss and dandruff, pox, hypertension, allergy, burning, cuts and wounds etc.

Findings from our current ethno-botanical survey clearly show that herbal medication still holds an important status in folkloric medicine and primary health care in Ishwardi upazila. From the literature review it is worth full to mention that the use of a number of plants by the Kavirajes have been strongly validated by published scientific findings. Cumulatively, the plants form a diverse group of plants, which can prove useful for further scientific studies leading to discovery of novel and more efficacious drugs.