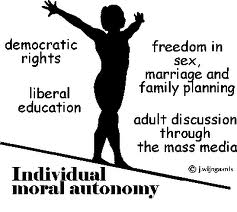 2. What is regional autonomy?

Autonomy refers to such kind of ruling system that is led by a particular territorial Politician which will never present visible on invisible hand in that regional any factors. “Regional autonomy” that means autonomous territories are status wishing to retain territorial integrity in opposition to ethnic or indigenous demands for self determination or independence. We wanted a regional autonomous territory “East Bengal” from central govt. which would govern by this areas politician without any interfere of West Pakistan.

3. Cause of movement for regional autonomy:

After the birth of Pakistan on the basis of religion, the people of East Pakistan welcomed Pakistan. But they became hopeless when they saw that West Pakistan had taken a huge discriminatory projects against our East Bengal. They do not want to do any Compromise with this part’s leader. So the people of this area became very angry and they started their movement form regional autonomy. There are many causes for this movement that are given below.

The position of East Pakistan was very remote from the central West Pakistan from where these two parts were lead by West Pakistan leader. There was a gap about 1500 miles between these two territories. It was so difficult to go from on part to other part.

The first issue for our movement for regional autonomy was the question of language. The culture, norms and habits of West Pakistan were different form east Bengal. The West Pakistan ruler wanted to impose “Urdu” as our mother tongue. But the most of peoples language was Bengal. But ignoring this they declare “Urdu” as State language. They claimed, “Urdu” originals form the holy Quaran and different Arabic literature while bangla originates from Ramayan, Mahavarot and different Sannskrity literature. So they alleged that for the interest of “Islam” we should use Urdu as a state language since Pakistan was created on “Muslim Nationalism”. But the people of East Pakistan did not accept it. They Started movement for our mother tongue. “Bangla” establishing as state language. The centre for this movement was DhakaUniversity. So the people of this Bengal gave their fresh blood in 1952 for establishing our mother tongue. From movement for language, the movement for regional autonomy started.

Economic discrimination was much more severe than other domination. They started their economic activities based on development for West Pakistan. They wanted to set up such economic system so that the people of cast Pakistan confined to agriculture. We can see discriminatory economic picture of those time which was illustrated by Abu Ahmed renowned economist in Bangladesh.

Job discrimination was another acute discrimination for the East Bengal. There was job means day labor, construction Peasant and all other lower class section in the fortune of Bengalis. In 1956 out of total 894 army officer only 14 were East Pakistan is in the nary east Pakistani’s share was 7 out of 593 and 40 out of 640 officers in the air force. East-West Pakistan Representation in higher Ranks of the central secretariat 1955.

West Pakistani’s Politician’s were self centered for West Pakistan not for whole Pakistan from the very beginning of Pakistan. Political discrimination introduced in Pakistan assembly for the first time. First democratic election had to arrange in 1951 but arranged 1954 on the basis of universal adult franchise. East Bengal politician raised autonomy demand from that time. Instead of getting over whelming majority in this election by united front the Pakistani did not allow them staying in power by making different kinds of conspiracy. At last in 1958 we came under the domination of military rule which was introduced by Ayub Khan. He started to oppress our regional polities. During his rule east Bengal’s politician were faced different kinds of false accusation. When the politician or mass people raised their voice against him, he oppressed them by arresting or killing Among them “Agartola conspiracy” was one voice. We also won in 1970’s general election but they did not handover power to us and started heinous mass killing from 25th Mach in 1971. So the people started liberation war to free our Mother land.

4. Stages of Movement for regional autonomy:

The another stage of movement for regional autonomy was the Election of 1954. The united front took part in this first democratic election. They campaigned on an election manifesto that incorporated the objectives of the 21 point programmed adopted by the front in November 1953. Among these 21-Point demand of regional autonomy got most importance. They also demanded  for recognition of Bengali as the state language, the release of political prisoners, they transformation of ‘Bardwan House’, the official residence of Nurul Amin into Bangla Academy, the construction of Shahid Minar, on the site of the Police firing in 1952; declaration of 21 February as a public holiday. It struck a popular response among he students, the intellectuals, the workers and the peasant. It can be mentioned as “ Charter of Freedom” for east Pakistan. So in this Election united front got. 223 seats in a house of 309. In contrast, the ruling Muslim league Managed to capture only 9 seats.

More than a decade later, the six point formula of East Pakistan Awami Legaue which were presented by Sheik Mujib in Lahore in 1966, reflected of 21 point programme. In this six point the main point was for regional autonomy. But the west Pakistan leader did not accept it. They started to oppress our demand. Then the six point emerged as a movement because it was a charter of East Pakistani’s aspiration of liberation. Then Pakistan govt. arrested our political leaders. In 1968 the false case “Agartala conspiracy was imposed on our leaders. It emerged as a mass movement in 1969. Even Ayub Khan was dethroned. There was a great impact of six point on the election of 1970. In this election the people of East Pakistan gave their opinion for regional autonomy  Despite of getting majority the Pakistan govt. did not handover power to us. It paved the way of liberation war and we got independence on 16th December in 1971.

7.  Khalid B, Sayeed, Politics in Pakistan the Nature and Direction of Change.

9. Talukder Maniruzzaman, Radical Politics and the Emergence of Bangladesh.