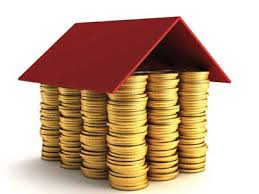 Social and Economic development in Grameen Bank and BRAC

This article presents a comparative overview of the most relevant findings from studies of the impact of microcredit institutions like the Grameen Bank and BRAC in Bangladesh. It first evaluates the evidence on economic impacts, which suggests that the vulnerability of bank members has been reduced even if there is no consensus about whether the two institutions also reduce poverty. It then considers the social impact, especially in relation to the situation of poor women and to various spill-over effects in different spheres of social and economic life. Keywords: microcredit, development, Bangladesh, Grameen Bank, BRAC.

Since the 1990s, alleviating poverty has been the top priority in international development. Within this framework, various initiatives have already been taken. One particular strategy in tackling poverty that has caught the attention of many aid donors and nongovernment organizations (NGOs) is the provision of small loans through microcredit programs. Bangladesh, one of the poorest countries in the world, is the cradle of this “microcredit movement.” Grameen Bank in Bangladesh enjoys international fame, and its model has been replicated in countries all over the world. Likewise, the Bangladesh Rural Advancement Committee (BRAC) is showing success as one of the largest NGOs in the world. Both have generated an international wave of interest and have been the main source of inspiration for the Microcredit Movement, which was launched in 1997 as a “global movement to reach 100 million of the world’s poorest families, especially the women of those families, with credit for self-employment and other financial and business services, by the year 2005.”

(1)  Grameen Bank and BRAC have received a lot of attention not only from development agents but also from academics. They have been criticized for their neoliberal developmentalism,

(2) their social control and disciplinary imperatives,

(3) and the subsidized system of lending that they apply.

(4) Others look at them from the perspectives of a growing space for civil society,

(5) or the emergence of a social economy, or a third sector.

(6) The question of whether these two organizations truly improve the situation of their members in a sustainable way has also been discussed intensively.

This article gives an overview of the research findings on this issue. More specifically, it deals with the impact of Grameen Bank and BRAC on the economic and social situation of the poor. These two topics have been discussed in many studies. Most studies focus on the results and impact of microcredit institutions at the level of the individuals concerned (the members, clients, or customers), their immediate environment (the household or the village), or their region or district. Very few studies compare their findings with those gathered by others. This article gives a comparative overview of the most relevant findings. The wider impact of these microcredit institutions on society at large has been subject to some debate, but so far no comprehensive research has been done on this matter. We nevertheless present some of the existing findings that give us an idea of what might be the effect of microcredit institutions on society.

Before examining the main findings of impact analyses, we briefly outline the organizational structure of both Grameen Bank and BRAC.

Genesis, Organization, and Practice: An Overview:

Table 1 sets out briefly the main similarities and differences between the two institutions and their programs. BRAC started as a relief organization, but gradually extended its services to include education, skills training, and, eventually, microcredit. Today, BRAC is still refining this holistic “credit plus” approach.

Grameen Bank, on the other hand, started from a rather “minimalist” philosophy in which microcredit is considered to be the main tool for combating poverty. Through the years, Grameen Bank has added training and education to its program, but its approach is still not as comprehensive as that of BRAC.

Typical of both institutions is the provision of small loans to poor people who are deprived of access to credit offered by regular private banks. The cause of this problem, lack of material collateral, has been dealt with through the introduction of “social collateral.” Grameen and BRAC give individual loans to villagers in groups of five and holds the group jointly liable for repayment. If any group member defaults, the entire group is punished (denied future loans). This group mechanism creates peer pressure and solidarity, which seems to work well in a society where social networks are often of vital importance. The repayment success rate has never dropped below 90 percent.

The group mechanism is often presented as the key factor of Grameen Bank’s success, but not everybody shares this view. Jain sees strong decentralization, combined with an extensive information and communication system, as the source of success for both Grameen Bank and BRAC.

In recent years, impact assessment of programs has gained momentum. Aid donors in particular want to make sure that their money is well spent. Nevertheless, measuring impact remains a controversial issue. It is difficult, as well as costly, and the results are susceptible to various interpretations, depending on how concepts are defined. This may result in contradictions and discrepancies among findings on microcredit programs.

The contradictory results in microcredit literature are discussed below. Research results of optimists are confronted with those of more cautious writers who are skeptical of such optimism. We also try to clarify another controversy: whether or not microcredit programs manage to reach the “bottom poor.”