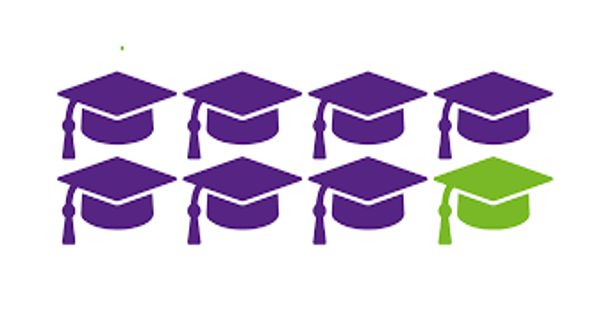 Higher education and natural talent are important factors in explaining income inequality. Economic growth is the most powerful tool for reducing poverty and improving living conditions in developing countries. According to a recent study, social inequality persists regardless of educational attainment, particularly for men.

“Education is not the equalizer that many people believe it is,” says the study’s author, Anna Manzoni, an associate professor of sociology at North Carolina State University.

The study sought to ascertain the extent to which a parent’s social standing benefits their children. The study looked at the earnings of adult children as a proxy for professional success and used the educational achievements of parents as a proxy for social status.

Manzoni examined data from people interviewed as part of the National Survey of College Graduates between 2010 and 2017 to answer the research question. Manzoni focused on US citizens between the ages of 35 and 67 who reported on their wages and parental education. The total sample size was 56,819 people, with 32,337 men and 24,482 women.

A recent study finds that social inequality persists, regardless of educational achievement – particularly for men. The study aimed to determine the extent to which a parent’s social status gives an advantage to their children.

Individuals benefit from a high-quality public education. It can also serve as a social equalizer. The study discovered that if a son obtains a degree similar to that of his father, the son will earn more money than if his father did not achieve the same level of education.

Consider the case where Son A becomes a doctor and has a parent who is also a doctor. Meanwhile, Son B goes on to become a doctor, despite the fact that his parents only have bachelor’s degrees. Despite having the same degree, Son A will earn more money than Son B, according to the study.

The completion of one’s education is inextricably linked to one’s social class. Students of low socioeconomic status are generally denied the same opportunities as students of higher socioeconomic status, regardless of their academic ability or desire to learn. Consider a student from a low-income family who wishes to excel in school.

This effect exists for daughters as well, but it is much weaker.

“The effect we see here essentially preserves social stratification for sons, but not so much for daughters,” Manzoni says. “We like to think that if a person goes to college, becomes a lawyer, or becomes a doctor, they have made it.’ But, as we can see, even a master’s degree is unlikely to put you on the same professional footing as someone who earned the same degree but started higher up the social ladder.

“One takeaway is that expanding access to education is important, but education alone will not solve our society’s inequality problems,” Manzoni says.

According to the study, many students from working-class families have to deal with helping out at home, contributing financially to the family, poor study environments, and a lack of family support. This is a difficult match for education systems that follow a traditional curriculum that is more easily understood and completed by students from higher social classes.

“This research demonstrates that social origin matters, but it is unclear what drives this structural inequality,” Manzoni adds. “Is it a form of social capital? Do you have network access? Do you have varying financial resources? Is parental background becoming more important as a greater proportion of the population obtains a college diploma? Is there an advantage at the start of a child’s career? There is still a lot of room for more research on this topic.”

Inequality has reached new heights. Significant increases in income and wealth inequality are widening the gap between rich and poor, men and women. This creates significant barriers to overcoming poverty and exclusion, as well as preventing us from overcoming poverty. With women significantly over-represented in the ranks of the poorest, this reinforces gender inequality and stifles progress on women’s rights. By undermining social cohesion and eroding democratic institutions, these inequalities threaten to tear our societies apart and unravel the social contract between state and citizen.