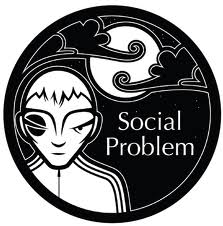 Report on Social Problems in Bangladesh

Despite its poor-country status, increasing numbers of tourists have visited Bangladesh, a new but minor source of foreign exchange earning. Tourism in the early 1980s amounted to some 49,000 visitors per year, but by 1986 more than 129,000 tourists–mostly from India, the United States, Britain, and Japan–visited Bangladesh. According to the Bangladesh Parjaton Corporation (Bangladesh Tourism Corporation), some Tk44.6 million in foreign exchange was earned in 1986 from the tourism industry.

The Bangladesh government and the Bangladesh Aid Group have taken seriously the idea that Bangladesh is the test case for development. In the late 1980s, it was possible to say, in the somewhat patronizing tone sometimes adopted by representatives of donor organizations, that Bangladesh had generally been a “good performer.” Even in straitened times for the industrialized countries, Bangladesh remained a favored country for substantial commitments of new aid resources from a strikingly broad range of donors. The total estimated disbursement for FY 1988 was estimated at US$1.7 billion, an impressive total but just US$16 per capita. Half of that total was for food aid and other commodities of limited significance for economic growth. Even with the greatest imaginable efficiency in planning and administration, resource-poor and overpopulated Bangladesh cannot achieve significant economic improvements on the basis of that level of assistance.

In examining the economy of Bangladesh, wherever one turns the problems crowd in and threaten to overwhelm the analysis. Underlying problems that have threatened the young nation remain unsolved. These problems include overpopulation and inadequate nutrition, health, and education resources; a low standard of living, land scarcity, and vulnerability to natural disaster; virtual absence of valuable metals; and inadequate government and bureaucratic structures. Yet the brief history of independent Bangladesh offers much that is encouraging and satisfying. The World Bank, leader of the Bangladesh Aid Group, described the country in 1987 as a success story for economic development and expressed optimism that the goals of the Third Five-Year Plan, and longer term development goals as well, could be attained. Government policies had been effective in stimulating the economy. The private sector had benefited from an environment of greater economic freedom and had improved performance in banking and production of jute, fertilizer, ready-made garments, and frozen seafood. The average growth rate of economy had been a steady, if unspectacular, 4 percent since the beginning of the 1980s, close to the world average for developing countries.

The picture of day-to-day and even year-to-year performance of the economy of Bangladesh is a mixture of accomplishment and failure, not significantly different from that of the majority of poor Third World countries. The government and people of Bangladesh are entitled to take some pride in the degree of success they have achieved since independence, especially when one contrasts their success with the gloomy forecasts of economists and international experts. The international donor community, led by the World Bank, similarly can be proud of the role it has played in assisting this “largest poorest” nation to become a respected member of the family of nations.

Works that are useful for gaining a basic understanding of the Bangladesh economy include Bangladesh: Emergence of a Nation by A.M.A. Muhith and The Political Economy of Development by Just Faaland and J.R. Parkinson. Rehman Sobhan’s The Crisis of External Dependence provides an insightful critique of the foreign aid sector. Kirsten Westergaard’s State and Rural Society in Bangladesh provides information on agricultural development in the context of the relationship between the state and rural society. Articles by Abu Muhammad Shajaat Ali and Akhter Hameed Khan provide agricultural case studies on the village of Shyampur and the Comilla Model, respectively. The Far Eastern Economic Review and Economist both carry timely reports on the state of the economy. Among the most important sources of information on the economy, however, is the documentation provided by various agencies of the governments of Bangladesh and the United States and the World Bank. Important among these is the annual Statistical Yearbook of Bangladesh published by the Ministry of Planning. The Bibliography of Asian Studies each year carries numerous reports on the macroeconomy of Bangladesh and should be consulted for details.

A Definition of Overpopulation

Overpopulation is a term that refers to a condition in which the density enlarges to a limit that provokes the environmental deterioration, a drop in the quality of life, or a population collapse.

Bangladesh is located in South Asia with a population of 200 million people. That’s 2/3 of the United States population living in a place the size of Wisconsin

Main Causes of Overpopulation in Bangladesh

The average Bangladeshi family consists of 1 father, 1-6 mothers, and 3-50 children

Bangladeshi women have an average of 4.23 children during their lifetime. Contraceptives have been introduced, but have been widely rejected by the men of families due to their Islamic faith.

Large families usually live in one room shacks or with other families in a communal house. Up to 70 people may all live in the same house.

typical double bus in Bangladesh which carries up to 100 people, A bus fire which killed 20 people and injured 13 others. You can see the risk in taking the train to work, but people need to earn money to support their large families at home.

Many diseases run ramped throughout Bangladesh due to close living quarters and inevitable person to person contact. The worse diseases currently affecting Bangladesh are Diarrheal disease and Cholera.

Diarrheal disease is caused by the consumption of unsanitary water. Seasonal flooding causes rivers to overflow and run through the streets of larger cities in Bangladesh. During this time various bacteria, wastes, and microorganisms are accumulated. The water is then carried to smaller villages where there is increased poverty. The majority of residents in Bangladesh cannot afford bottled water, nor do small towns have ways in which to treat and purify the water before it is drunk.

Cholera is a direct result of the aforementioned water contamination. These bacteria attach to plankton and are ingested. This causes diarrhea, vomiting, fever, and sometimes death if not treated. A good thing about this is that it is self-limiting because people develop immunity after being infected more than once.

This causes shortage of food, houses, clothing, education and medical facilities. Again the hungry and ailing children do not turn into manpower. They become menace to the society. They die from starvation. The government is to spend a lot of foreign exchange every year to import food for these hungry people. As a result, the economic plan of the country suffers much. So the people of the country must have small family to bring happiness and prosperity to them and to the state. If nothing positive is done to check the growth of population, serious food problem will be the result. And the prosperity of the country will not come if this problem is not satisfactorily solved.

Bangladesh needs a rise in agricultural productivity, increased personal incomes, and reduced poverty. Education of its citizens is one way to that end. The government is encouraging this with a Food for Education initiative, where poor families are given food when they send their children to school rather than to work. Other suggestions include training courses for rural residents on various aspects of farming, such as production of major crops, raising summer and winter vegetables, and homestead management. The government is also attempting to address overpopulation problems. The current birth rate is 3.7 children per woman. Their target birth rate is 2.2 children per woman; however, this goal will most likely not be reached for at least another decade. A system of rural health clinics is also addressing a need in the country. Other countries may need to assist Bangladesh by providing technology initiatives on crops, vegetables, poultry, dairy, nutrition, health, sanitation, and environmental protection and preservation. Workshops for rural men and women on sustainable agriculture topics, as well as health topics, may help

with both agricultural productivity and quality of life.

Bangladesh is going need major reforms in order to keep the current situation from developing into a famine. Bangladesh has fertile soils and abundant water in its rivers. These rivers also pose threats and problems of their own. Bangladesh’s population puts major strain on its agricultural system and on the land currently available. Child labor needs to be controlled- if not stopped, and new sources of income need to be found. Current housing and living situations need to be addressed. The population needs basic education and specific education on new farming techniques, healthy lifestyles, raising livestock, and crop management. Crops need to be studied to come up with varieties that well help rejuvenate Bangladesh’s soils. The ultimate goal of Bangladesh, and of those countries offering aid, is to reach a point where food production at equals the population- if not surpassing it. The Bangladeshi government needs to look into biotechnology, even if it comes in the form of help from other countries. Problems in health and nutrition also need to be addressed. Conferences, seminars, and workshops offered to the general public on these topics may be able to help boost production and reduce poverty. Bangladesh is going need a lot of help from other countries and the citizens also need to be willing to accept and adopt new ideas to change their dark future into a bright one.