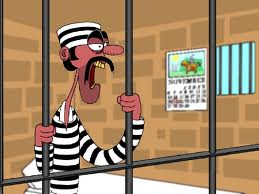 Report on Theories of Crime and Deviance

Deviance in a sociological context describes actions or behaviors that violate cultural norms including formally-enacted rules (e.g., crime) as well as informal violations of social norms (e.g., rejecting folkways and mores). It is the purview of sociologists, psychologists, psychiatrists, and criminologists to study how these norms are created, how they change over time and how they are enforced

Norms are the specific behavioral standards, ways in which people are supposed to act, paradigms for predictable behavior in society. They are not necessarily moral, or even grounded in morality; in fact, they are just as often pragmatic and, paradoxically, irrational. (A great many of what we call manners, having no logical grounds, would make for good examples here.) Norms are rules of conduct, not neutral or universal, but ever changing; shifting as society shifts; mutable, emergent, loose, reflective of inherent biases and interests, and highly selfish and one-sided. They vary from class to class, and in the generational “gap.” They are, in other words, contextual Deviance can be described as a violation of these norms. Deviance is a failure to conform to culturally reinforced norms. This definition can be interpreted in many different ways. Social norms are different in one culture as opposed to another.

There are four theories about deviance are following-

a)      He thinks deviance is an “innovative force”. Through deviance new rule & changes are brought which sometimes appear beneficial for the society in long run. a)      Conformist: – These people accept both the social norms & the means to realize those. Majority people follow in this category.

b)      Innovators: – They accept the social norms but they do not follow socially accepted means to realize those norms.

c)      Ritualists: – They accept the social norms but without realizing the real meaning of the norms. They follow the norms like rituals; they follow these just for the sake of following.

d)     Retreatists: – They do not accept both the social norms & socially accepted means to achieve those norms. They have given up of the social system.

The primary contribution of anomie theory is its ability to explain many forms of deviance. The theory is also sociological in its emphasis on the role of social forces in creating deviance. On the negative side, anomie theory has been criticized for its generality. Critics note the theory’s lack of statements concerning the process of learning deviance, including the internal motivators for deviance. Like differential association theory, anomie theory does not lend itself to precise scientific study.

Labeling theory is the part of interectionist theory.

Conflict Criminologies have come under sustained attack from several quarters, not least from those – left realists – who claim to be within the ranks. Early criminologies, pejoratively referred to as ‘left idealist’ by Jock Young 1979, were never really popular in the United States, where critical criminology departments at some universities were closed for political reasons (Rock 1997). These early criminologies were called into question by the introduction of mass self report victim surveys (Hough & Mayhew 1983) that showed that victimisation was intra-class rather than inter-class. Thus notions that crimes like robbery were somehow primitive forms of wealth redistribution were shown to be false. Further attacks emanated from feminists who maintained that the victimisation of women was no mean business and that left idealists’ concentration on the crimes of the working classes that could be seen as politically motivated ignored crimes such as rape, domestic violence, or child abuse (Smart 1977). Furthermore, it was claimed, left idealists neglected the comparative aspect of the study of crime, in that they ignored the significant quantities of crime in socialist societies, and ignored the low crime levels in capitalist societies like Switzerland and Japan (Incardi 1980).

People get involved in crime to get advantage of opportunities.

Whereas theory also suggests that people society labels as “criminals” are probably members of subordinate groups, critics argue that this oversimplifies the situation. As examples, they cite wealthy and powerful businesspeople, politicians, and others who commit crimes. Critics also argue that conflict theory does little to explain the causes of deviance. Proponents counter, however, by asserting that the theory does not attempt to delve into etiologies. Instead, the theory does what it claims to do: It discusses the relationships between socialization, social controls, and behavior.

Deviance is any behavior that violates social norms, and is usually of sufficient severity to warrant disapproval from the majority of society. Deviance can be criminal or non-criminal. The sociological discipline that deals with crime (behavior that violates laws) is criminology (also known as criminal justice). Today, Americans consider such activities as alcoholism, excessive gambling, being nude in public places, playing with fire, stealing, lying, refusing to bathe, purchasing the services of prostitutes, and cross-dressing—to name only a few—as deviant. People who engage in deviant behavior are referred to as deviants. The concept of deviance is complex because norms vary considerably across groups, times, and places

Collected and Published by Assignment Point.