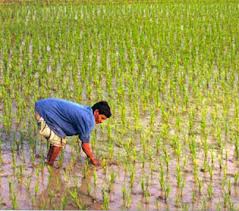 Rice is Life in Bangladesh

The demand for rice is constantly rising in Bangladesh with nearly 2.3 million people being added each year to its population of about 120 million. Rice production increases must be achieved at a faster rate than in most other countries, while the land planted to rice is not expanding. In addition, Bangladesh is faced with production constraints such as drought, lack of irrigation facilities, flooding and salinity of soils, coupled with fluctuating commercial rice prices.

Due to the increase in population, the average farm size has declined from 1.43 ha in 1961 to 0.87 ha in 1994. The average rice yield remains low at about 2.7 t/ha. Although substantial rice production growth was achieved during the 1976-93 period, growth since then has been negligible. This is mainly due to continued drought in most areas and excessive monsoon flooding in parts of the country.

Future growth in rice production will have to come from expansion of irrigated areas, use of new high-yielding varieties, more fertilizer input, and improved crop management practices.

To achieve such growth, a key factor will be research carried out in collaboration with the International Rice Research Institute. Bangladesh’s research link with IRRI goes back more than 30 years. In 1966, the government of what was then East Pakistan emphasized rice research within the Cereals Section of the Agricultural Research Laboratory Tejgaon, Dhaka, and began collaborative research to test rice lines from IRRI. In 1967, IR8, the first widely distributed semidwarf rice variety, was introduced into the country.

In 1970, the Bangladesh Rice Research Institute (BRRI) was established and has worked closely with IRRI ever since. Current areas of collaboration include:

To maintain self-sufficiency in rice, Bangladesh will have to continue to expand rice production by raising yields at a rate that is at least equal to population growth until the demand for rice has stabilized. Although the population growth rate decreased to 2 percent in recent decades, it is not expected to stabilize within the next 25-30 years. This problem is not confined to Bangladesh. In Asia, total annual rice production must increase by 60 percent over the same period, just to maintain adequate levels of supply – and this has to be achieved on less land, with less water, fewer rural workers, and with fewer environment-harming chemicals.

Meeting the challenge of increasing rice production will become increasingly difficult in Bangladesh as rice areas will continuously shrink to meet the growing demand for high-value crops and for urban and industrial development. Increasing irrigation coverage to the fullest ecologically sustainable level would form a major cornerstone of a strategy for higher rice production. Also needed are higher yielding varieties with different maturity periods and plant height combinations that are suitable not only for flood-free areas but also for shallow-flooded ricelands.

Because of the limited availability of irrigation, rainfed lowlands will remain important for rice production. Ways of improving and stabilizing rice yields through varietal development and resource management will be needed for the rainfed lowlands.

The one-million hectares of coastal ricelands, with varying degrees of salinity, offer an opportunity for future exploitation. Use of new biotechnology tools and products, and adoption of hybrid rice technology, will be needed in the future to raise and maintain yields in the irrigated ecosystem. An overall economic environment that provides economic incentives to farmers for higher rice production should be maintained. At the same time, production costs will have to be reduced to make rice cultivation in Bangladesh internationally competitive.

In February, IRRI — in collaboration with BRRI — held a symposium on “Partnership in rice research for sustainable agricultural development in Bangladesh.” The symposium discussed major issues and challenges that Bangladesh will face in the early 21st century for achieving and sustaining food security, and the role that rice research could play in meeting those challenges.