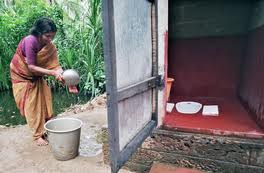 The global commitment of Johannesburg declaration 2002 is to achieve 50% coverage of the un-served population (2.40 Billion) with sanitation facilities by the year 2015.

Government of Bangladesh declared the target of achieving a state whereby every household in the nation will have a sanitary latrine by 2010. The target will be fulfilled in three phases by 2005, 2008 and 2010.

The Government Initiatives so far to achieve 100% Sanitation by 2010

Households with hygienic, unhygienic and no latrines

The reasons for not having a latrine

Respondents were free to cite more than one reasons