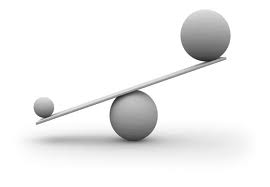 Social equilibrium where there is a dynamic working balance among its interdependent parts. Equilibrium is a dynamic concept, not a static one. The system is like a sea : There is continuous motions & even substantial disruption from storms, but over time the sea’s basic character changes very little.

When minor changes occur in a social system, they are soon absorbed by adjustments within the system & equilibrium is regained. On the other hand, a single significant but rapid change may through out of balance, seriously reducing its forward progress until it can reach a new equilibrium. In a sense, when it is in disequilibrium, its parts are working against one another instead of in harmony.

Example – Culture is the reflection of a country. When culture is balanced means it is followed equally by the countryman that means that culture is in an equilibrium position.