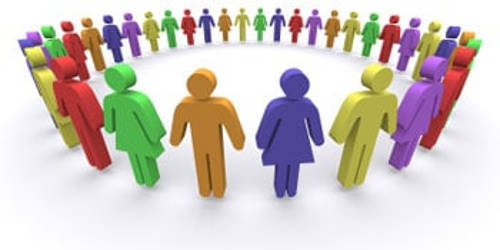 A stateless society is a society that is not governed by a state, or, especially in common American English, has no government. These societies have minimal or no government; no one has the authority to make decisions about the rules and enforce these on others. In stateless societies, there is little concentration of authority; most positions of authority that do exist are very limited in power and are generally not permanently held positions, and social bodies that resolve disputes through predefined rules tend to be small.  In these societies, there is an unwillingness to empower anyone with authority; in fact, they regard any exercise or attempted exercise of authority as tyrannous. Stateless societies are highly variable in economic organization and cultural practices.

Stateless societies have been imagined by anarchists, utopians, and ideologues of many kinds. While stateless societies were the norm in human prehistory, few stateless societies exist today; almost the entire global population resides within the jurisdiction of a sovereign state. In some regions, nominal state authorities may be very weak and wield little or no actual power. Over the course of history, most stateless peoples have been integrated into the state-based societies around them. Their speculations have influenced the ideas of many people, including Mahatma Gandhi.

This is a general term which is often applied to acephalous or segmented societies, which lack a centralized state authority but is occasionally (though incorrectly) extended to include those societies which have a political system based on an acknowledged chief or traditional ruler, and therefore lack a clearly defined state apparatus. A brief definition of the concept does little that is positive to increase understanding, but it may focus disagreement and so lead to clarification. Some political philosophies, particularly anarchism, consider the state an unwelcome institution and stateless societies the ideal. The operation of stateless societies was brought to the attention of the scholarly world by a group of anthropologists engaged in field studies in Africa.