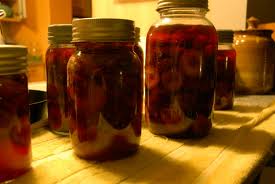 The presence of small amounts of trace metals is an important factor as far as the quality of edible oil is concerned. Trace levels of metal ions (Cu, Fe, Mn, Co, Cr, Pb, Cd, Ni, and Zn) are known to have adverse effect on the oxidative stability of edible oils. Therefore, the presence of metals in the final refined oil is undesirable because the metals can facilitate oxidative degradation of the oil and decrease shelf life of oil. Transition metals such as copper and iron catalyze the decomposition of hydro-peroxides and lead to more rapid formation of undesirable substances. The strongest and most notable matter is that copper and iron produce a noticeable oxidative effect in oils at concentrations as low as 0.05 and 0.03 ppm, respectively.

The presence of heavy metals in edible oils is due to both endogenous factors, connected with the plant metabolism, and hexogenous factors due to contamination during the agronomic techniques of production and the collection of olives and seeds during the oil extraction and treatment processes, as well as systems and materials of packaging and storage [10, 11]. The presence of metals in vegetable oils depends on many factors: they might originate from the soil, fertilizers, or presence in the industry or highways near the plantations or the production process (by processing actions such as bleaching, hardening, refining and deodorization) or by contamination from the metal processing equipment and thus be suspended in the oil and be incorporated into the oil.

In Bangladesh, Soya bean oil is being used by a large majority of population for cooking purposes. Besides Soya bean oil, mustard oil and ghee are also widely consumed.

The presence of heavy metals in various types of cooking oils (Soya bean oil, mustard oil and ghee) used in Bangladesh is unknown. In the present Chapter, we describe the determination of the amount of toxic metals (Pb, Cd, Cr, Ni and As) as well as essential metals (Fe, Cu, Mg, Co and Zn) in some Soya bean oils, mustard oils and ghee available in Chittagong city, Bangladesh.

Wet digestion method was used for preparation of sample solutions and the determination of some essential and toxic metals in these digested sample solutions was done by atomic absorption spectrophotometric technique.

An aliquot (0.5-1.0 g) of oil was weighed directly in a test tube and transferred into a 100 ml round bottom flak and added 60 ml mixtures of HNO3 and HClO4 (5:1). This resulting mixture was refluxed at 120-125 0C for 10 hours until the layers of the oil were completely mixed and a clear colourless solution appeared. The volume of the digested solution was reduced to about 15-25 ml by condensation. This condensed sample solution was cooled at room temperature and added few mL of RD H2O. This diluted sample solution was then filtered through a whatman-40 filter paper into a 50 ml volumetric flask and made up to the mark with RD H2O. Then this solution was transferred into a polyethylene bottle for storage as stock solution until analysis.  All the sample solutions under the present investigation were prepared in the similar manner and stored at room temperature for spectroscopic measurement. A blank solution was also prepared for each group of sample by using all reagents except the sample.

The following calibration curves were used for the determination of essential and toxic metals from the stock solutions. The amount of essential metals such as Fe, Cu, Mg, Co and Zn in some popular brand of Soya bean oil, mustard oil and ghee were determined by AAS method. The determined amount of these metals in the studied samples is given in Table 8.2.  Some toxic metals such as Pb, Cd, Cr, Ni and As are also determined from the same samples by the same method as shown in Table 8.3. Each metal in each digested sample solution was measured in triplicate. Their mean values are shown in the Tables. The measured values of the metals were compared with the literature values of the same oils of different parts of the world. The average concentrations of the metals were calculated in the studied Soya bean oil, mustard oil and ghee samples. The presence of these metals in these foods was compared with the literature data and maximum permissible limit of the same metal.

The equipment of treatment plant of oil and ghee is made of iron or alloys of iron. The poor operating and maintenance conditions of the equipment (industry) where oil and ghee are prepared may one of the major causes for high level of Fe, Cu and Zn in these samples. Storage vessels of oil are also made of metal or metal alloys. Some of these metals may leaches out into the oils from vessels.  Moreover, some metals might be introduced during production process of bleaching, hardening, refining and deodorization and thus suspended in the oil

The concentration of Co in the studied samples was very negligible (0.01–0.05 mg kg-1). Pran mustard oil and Key Soya bean oil contained 4.1 mg kg-1 and 3.6 mg kg-1 of Mg, respectively. The Mg content in the remaining samples was 0.54–2.03 mg kg-1.  For cobalt and magnesium no legislation currently exists.

The European community fixed the legal limits for Pb concentration in vegetable oils at 0.1 mg kg-1.  According to the permissible limit of Pb in oils, the Pb content in the studied ghee was within the limit but Soya bean oil and mustard oil contain slightly higher amount of Pb than the permissible limit. Bulgarian National Standard of Cd content in vegetable oil and margarine is 0.05 mg kg-1. The concentration of Cd in the studied samples was more close to this standard. The study showed that the samples were free from Cd contamination but Soya bean oil and mustard oil are marginally contaminated by Pb. Though the permissible limit of Cr and As in edible oil is not available currently. Since the concentrations of Cr and As in the samples were very low, these studied samples were safe from the Cr and As contamination.

The average concentration of nickel in ghee (0.48 mg kg-1) was 2.4 times higher than the maximum permissible limit (0.2 mg kg-1) fixed by the world health organization (WHO) [27]. Generally nickel is being used as a catalyst during ghee manufacturing. This is removed through various types of press filters in the later stage of its processing but depending on the particle size and other factors; some of the nickel might remain in the final product, or some of the nickels find its way into the final product.

Moreover, the presence of a small amount of nickel in cooking oils may be attributed to the possible contamination of the traces of nickel from pipelines and reaction vessels of industrial equipment. A high magnitude of occurrence of Ni in the fat products of the non-reputed companies indicated the poor filtration and post treatments process of the hydrogenated oil stock. Hydrogenated oils require a post treatment to remove the residual nickel soaps prior to final filtration, which is cost effective and therefore is usually skipped by industries. Nigro reported that the presence of nickel in hydrogenated oils and fats is important from a health and safety standpoint [28] and the recommended safe limit for the end-use commercial Banaspati products is less than 0.50 ppm [29]. But WHO laid down the maximum permissible limit of Ni in fat and oils is 0.2 mg kg-1. The presence of nickel in most of the fat products (ghee) was above safe limits, clearly reflected the careless processing of fats by the manufacturers as well as the negligence of the quality monitoring agencies in Bangladesh.

Trace quantities of some metals are naturally present in oilseeds, and crude oil is extracted from them. The biological pattern of cultivation and the status of the processing equipment, vary from oil or fat manufacturing unit to unit. So, it is hard to conclude in absolute terms what would be the exact level of such metallic contaminants in raw and end-use products. The contamination of toxic metals in such products may be kept to a minimum level, with proper treatment and handling of oils and fats e.g. pretreatment with phosphoric acid and effective purification during refining and bleaching, citric acid treatment after deodorization and fine filtration after post treatments etc. It could not be completely possible to eliminate the contact of oils with iron because most of the industries use black iron equipment. But the use of stainless steel, 304 S.S, 316 S.S sheets for the fabrication of oil containers, reactors and other operational vessels, and as well as their cleanliness may help keep the contamination of such metals to an extremely low level.

The high level of nickel was found in ghee among the studied samples. This amount of nickel in ghee must be hazardous for human body if consumed in large quantities. The results of the study indicated that other trace metals (Fe, Cu, Mg, Co, Zn, Pb, Cd, Cr, and As) in the edible oils were present close to the recommended concentration. Hence, edible oils might not be a health hazard for consumers. Moreover, all these metals have toxic potential and the detrimental impact only after decades of exposure. It is therefore suggested that regular monitoring of heavy metals in these foodstuffs is essential in order to prevent excessive deposit of these metals in the human food chain.