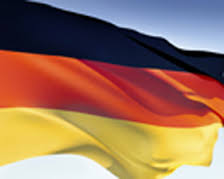 What is the nature of corporate governance in Germany

In many private German firms, the owner and manager may still be the same individual. In these instances, there is no agency problem. Even in publicly traded German corporations, there is often a dominant shareholder. Thus, the concentration of ownership is an important means of corporate governance in German, as it is in the United States.

Historically, banks have been at the center of the German corporate governance structure, as is also the case in many other European countries, such as Italy and France. As lenders, banks become major shareholders when companies they financed earlier seek funding on the stock market or default on loans. Although the stakes are usually under 10 percent, the only legal limit on how much of a firm’s stock banks can hold is that a single ownership position cannot exceed 15 percent of the bank’s capital. Through their shareholdings, and by casting proxy votes for individual shareholders who retain their shares with the banks, three banks in particular- Deutsche, Dresdner, and Commerzbank-exercise significant power. Although shareholders can tell the banks how to vote their ownership position, they generally do not do so. A combination of their own holdings and their proxies results in majority positions for these three banks in many German companies. Those banks, along with others, monitor and control managers, both as lenders and as shareholders, by electing representatives to supervisory boards.

In some ways, this deal indicated that radical restructuring is possible in Germany, and some have interpreted it as a sign that more hostile takeovers will occur in the future. However, the nature of the restructuring reflects the German system of co-determination – when the divisions were sold off there were job guarantees given by the new owners, and Vodafone itself has not made redundancies in the telecommunications division. More generally, the company has largely accepted the need to deal with works councils and unions despite its non-union roots in the UK. Moreover, Mannesmann was peculiarly susceptible to a hostile takeover; it had an unusually high proportion – over 60% – of shares held by foreigners and did not have one shareholder with a controlling stake in the way that many big German firms do. Three-quarters of the shares in Bertelsmann (media), for instance, are owned by a family foundation, while the regional government of Saxony has a controlling interest in the Volkswagen motor manufacturing group.

In sum, there are signs of change, both through high-profile instances of restructuring such as Mannesmann, and in the embrace of the rhetoric of ‘shareholder value’ on the part of senior managers in Germany. However, this is not been caused by far-reaching changes in the German system of corporate governance which retains many of its distinctive features, and where restructuring takes place it is still conditioned by the system of co-determination.