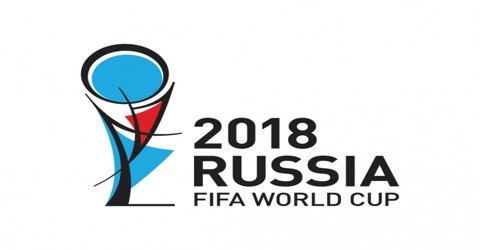 The final tournament will entail 32 national teams, which include 31 teams determined through qualifying competitions and the automatically qualified host team. A total of 64 matches will be played in 12 venues located in 11 cities. The final will take place on 15 July in Moscow at the Luzhniki Stadium.

On September 28 2012, the final numbers were announced. The 2018 World Cup will include 11 host cities and 12 stadiums. The cities Krasnodar and Yaroslavl and their particular stadiums were dropped from the list. Many of these stadiums will be constructed principally for World Cup 2018 and others will be renovated in order to meet FIFA’s requirements. Russian Sports Minister Vitaly Mutko said that the logo was enthused by “Russia’s rich artistic tradition and its history of bold achievement and innovation”. FIFA President Sepp Blatter stated that it reflected the “heart and soul” of the country. Qualify Teams will be:

There are 31 places up for grabs, joining hosts Russia; total 32.

As in recent qualifying competitions, all teams play each other home and away. The top four nations will qualify directly to the finals. The fifth-placed team will take the 0.5 place and play an intercontinental playoff against the winner of the Oceania region.

Two groups of three teams playing on a home and away basis. Round to begin in November 2016 and finish in June 2017. Group winners then playoff to advance to an intercontinental tie (0.5 place) against the fifth-placed team from Conmebol.

The six winners from the fourth round form one group of six teams. Top three teams qualify with the fourth placed team in an intercontinental playoff (0.5 place) against a team from Asia.

Round Four: The teams finishing third in round three will play a two-legged playoff. The winner (0.5 place) will then advance to the intercontinental playoff against a team from Concacaf for a place at the World Cup. Conclusion: It will take months before the 2018 World Cup kick-off takes place, on June 14 to be exact. The Final will be played on July 15. The world will be a very different place when the tournament is about to commence! But still, the 2018 World Cup qualifications have already started in March 2015!  Yes, the 2014 World Cup may be over, but the 2018 World Cup hosted in Russia is in full preparation, let’s not even mention the 2022 World Cup which is discussed even more….But although it does seem unlikely, it is really Russia that will host the tournament first, and not Qatar. We mentioned many facts about the 2014 World Cup on worldcupbrazil.net, so now we continue with the facts of the 2018 edition!