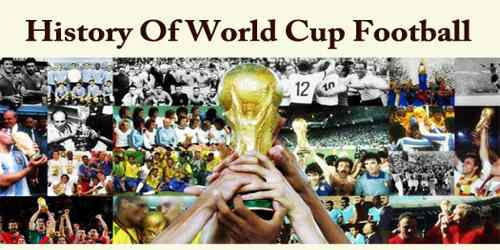 Football is a very favorite and enjoyable game almost in every country of the world. Football is played in a large playground. It is played at a professional level all over the world, and millions of people regularly go to football stadium to follow their favorite team, whilst millions more avidly watch the game on television. A very large number of people also play football at an amateur level. In many parts of the world football evokes great passions and plays an important role in the life of individual fans, local communities, and even nations; it is therefore often claimed to be the most popular sport in the world.

There are many worldwide international competition of football. One of the major international competitions in football is the FIFA World Cup. Over 190 national teams compete in qualifying tournaments within the scope of continental confederations for a place in the finals. The finals tournament, which is held every four years, now involves 32 national teams competing.

The FIFA World Cup is organized every four years. The first world cup was organized in Uruguay, 1930. Thirteen nations participated in it for the first time. Uruguay won the World Cup defeating Argentina in the final match. The inaugural edition, held in 1930, was contested as a final tournament of only thirteen teams invited by the organization. Since then, the World Cup has experienced successive expansions and format remodeling, with its current 32-team final tournament preceded by a two-year qualifying process, involving over 200 teams from around the world.

The world’s first international football match was a challenge match played in Glasgow in 1872 between Scotland and England, which ended in a 0–0 draw. The first international tournament, the inaugural British Home Championship, took place in 1884. As football grew in popularity in other parts of the world at the start of the 20th century, it was held as a demonstration sport with no medals awarded at the 1900 and 1904 Summer Olympics (however, the International Olympic Committee has retroactively upgraded their status to official events), and at the 1906 Intercalated Games.

Unfortunately, the 1942 and 1946 World Cups were not organized for World War II. Unlike Olympic football, World Cup teams are not limited to players of a certain age or amateur status, so the competition serves more nearly as a contest between the world’s best players. Referees are selected from lists that are submitted by all the national associations.

During World War II, FIFA struggled to keep itself afloat, and it had no financial or personnel resources with which to plan a peacetime tournament for when hostilities ended. When the war ended in 1945, it was clear that FIFA would have no hope in a single year of planning and scheduling a 1946 World Cup. In fact, FIFA’s first meeting was on 1st July 1946 around the time the 1946 World Cup would ordinarily have been played and when it planned the next World Cup for 1949 no country would host it. The major international tournament in 1946 was the 1946 South American Championship in which Argentina beat Brazil 2–0 on 10th February 1946.

The trophy cup awarded from 1930 to 1970 was the Jules Rimet Trophy, named for the Frenchman who proposed the tournament. It was originally simply known as the World Cup or Coupe du Monde, but in 1946 it was renamed after the FIFA president Jules Rimet who set up the first tournament. This cup was permanently awarded in 1970 to then three-time winner Brazil (1958, 1962, and 1970), and a new trophy called the FIFA World Cup was put up for competition.

After 1970, a new trophy, known as the FIFA World Cup Trophy, was designed. The experts of FIFA, coming from seven countries, evaluated the 53 presented models, finally opting for the work of the Italian designer Silvio Gazzaniga. The new trophy is 36 cm (14.2 in) high, made of solid 18 carats (75%) gold, and weighs 6.175 kg (13.6 lb). The base contains two layers of semi-precious malachite while the bottom side of the trophy bears the engraved year and name of each FIFA World Cup winner since 1974. The description of the trophy by Gazzaniga was: “The lines spring out from the base, rising in spirals, stretching out to receive the world. From the remarkable dynamic tensions of the compact body of the sculpture rise the figures of two athletes at the stirring moment of victory.”

This new trophy is not awarded to the winning nation permanently. World Cup winners retain the trophy only until the post-match celebration is finished. They are awarded a gold-plated replica rather than the solid gold original immediately afterward.