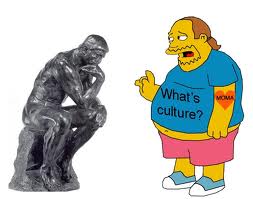 Culture is the “patterns of behavior” and thinking that people living in social groups learn, create, and share. Culture differentiates one human group from another. A people′s culture includes their beliefs, rules of behavior, language, rituals, art, and technology, styles of dress, ways of producing and cooking food, religion, and political and economic systems. Culture is difficult to define, but you generally know when you have found an employee who appears to fit your culture.

Culture is the environment in which you work all of the time. Culture is a powerful element that shapes your work enjoyment, your work relationships, and your work processes. But, culture is something that you cannot actually see, except through its physical manifestations in your work place.

While a particular culture exists in your organization that has been developed by the employees who work in your company, each new employee adds their diversity to your work culture. So, while a culture exists when a new employee joins, he or she is soon adding to the culture experienced by employees at work.

Culture is represented in your group’s:

Something as simple as the objects chosen to grace a desk tell you a lot about how employees view and participate in your organization’s culture. Your bulletin board content, the company newsletter, the interaction of employees in meetings, and the way in which people collaborate, speak volumes about your organizational culture.

Some definition of culture are:

“Culture…consists in those patterns relative to behavior and the products of human action which may be inherited, that is, passed on from generation to generation independently of the biological genes” (p. 8).

“Culture is the collective programming of the mind which distinguishes the members of one category of people from another.” (p. 51).

“By culture we mean all those historically created designs for living, explicit and implicit, rational, irrational, and nonrational, which exist at any given time as potential guides for the behavior of men.”