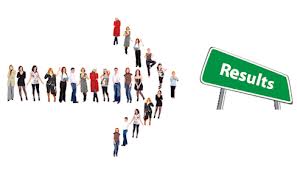 While a business must continually adapt to its competitive environment, there are certain core ideals that remain relatively steady and provide guidance in the process of strategic decision-making. These unchanging ideals form the business vision and are expressed in the company mission statement.

In their 1996 article entitled Building Your Company’s Vision, James Collins and Jerry Porras provided a framework for understanding business vision and articulating it in a mission statement.

The firm’s core values and purpose constitute its core ideology and remain relatively constant. They are independent of industry structure and the product life cycle.

The core ideology is not created in a mission statement; rather, the mission statement is simply an expression of what already exists. The specific phrasing of the ideology may change with the times, but the underlying ideology remains constant.

The three components of the business vision can be portrayed as follows:

The core values are a few values (no more than five or so) that are central to the firm. Core values reflect the deeply held values of the organization and are independent of the current industry environment and management fads.

One way to determine whether a value is a core value to ask whether it would continue to be supported if circumstances changed and caused it to be seen as a liability. If the answer is that it would be kept, then it is core value. Another way to determine which values are core is to imagine the firm moving into a totally different industry. The values that would be carried with it into the new industry are the core values of the firm.

For example, if innovation is a core value but then 10 years down the road innovation is no longer valued by the current customers, rather than change its values the firm should seek new markets where innovation is advantageous.

The following are a few examples of values that some firms has chosen to be in their core:

The core purpose is the reason that the firm exists. This core purpose is expressed in a carefully formulated mission statement. Like the core values, the core purpose is relatively unchanging and for many firms endures for decades or even centuries. This purpose sets the firm apart from other firms in its industry and sets the direction in which the firm will proceed.

The core purpose is an idealistic reason for being. While firms exist to earn a profit, the profit motive should not be highlighted in the mission statement since it provides little direction to the firm’s employees. What is more important is how the firm will earn its profit since the “how” is what defines the firm.

Initial attempts at stating a core purpose often result in too specific of a statement that focuses on a product or service. To isolate the core purpose, it is useful to ask “why” in response to first-pass, product-oriented mission statements. For example, if a market research firm initially states that its purpose is to provide market research data to its customers, asking “why” leads to the fact that the data is to help customers better understand their markets. Continuing to ask “why” may lead to the revelation that the firm’s core purpose is to assist its clients in reaching their objectives by helping them to better understand their markets.

The core purpose and values of the firm are not selected – they are discovered. The stated ideology should not be a goal or aspiration but rather, it should portray the firm as it really is. Any attempt to state a value that is not already held by the firm’s employees is likely to not be taken seriously.

These visionary goals are longer term and more challenging than strategic or tactical goals. There may be only a 50% chance of realizing the vision, but the firm must believe that it can do so. Collins and Porras describe these lofty objectives as “Big, Hairy, Audacious Goals.” These goals should be challenging enough so that people nearly gasp when they learn of them and realize the effort that will be required to reach them.

Most visionary goals fall into one of the following categories:

While visionary goals may require significant stretching to achieve, many visionary companies have succeeded in reaching them. Once such a goal is reached, it needs to be replaced; otherwise, it is unlikely that the organization will continue to be successful. For example, Ford succeeded in placing the automobile within the reach of everyday people, but did not replace this goal with a better one and General Motors overtook Ford in the 1930’s.

Features 300 mission statements from companies such as: